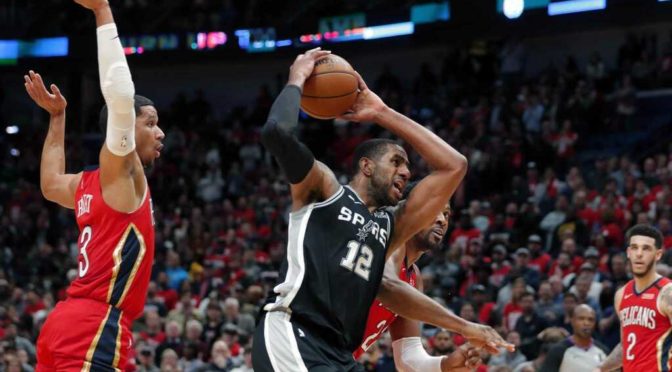 I got back on track on Feb. 3 with really solid picks from top to bottom.

At this point, Damian Lillard is rewriting history so we all might as well enjoy the ride. It will eventually come to a halt but I’d like to think it won’t be anytime soon. Dame is averaging an ungodly 46.3 points, 6.8 rebounds, 11.5 assists, 1.8 “stocks”, and 7.5 treys made per game over the last four games. Betting against him now is straight up dumb.

Since Dame has now hit the 50-dollar threshold at Yahoo and 10k mark at DK, I have to pair him with a stud on the cheaper end of the spectrum. That’s a bit of a task especially in a four-game slate but with Zion Williamson still at $7,100 at DK and $31 at Yahoo, he’ll be perfect as a secondary pillar on my fake team. The 2019 No. 1 overall pick has registered 21-point double-doubles in two of the last four games. Even though the Bucks are formidable opponents and is the best team in the NBA record-wise, they are sitting outside the worst 10 in allowing rebounds to opponents.

I normally don’t want someone on a back-to-back but Terry Rozier has too much upside to pass up. The Hornets are dead-last in pace but the Rockets, who owns the No. 2 fastest pace in the league, could even things out and force them into a run and gun scenario.

And by default, I’d automatically include LaMarcus Aldridge since it’s not everyday you can have a player of his caliber at $6,200 and $28 at DK and Yahoo, respectively. Hopefully, LMA can build on the 27-9-5 performance against the Clippers. In two previous meetings with the Lakers, Aldridge had eight and 30 points, respectively, so you’ll never know what type of game he’ll dish out in the second game of a back-to-back.

I’m looking at Josh Hart here since the Villanova product has been a fixture of the Pelicans rotation lately and has produced two double-doubles in a row. And while we’re at it, why not include Derrick Favors in here? Favors, priced at $4,900 at DK, may be forced to play longer minutes than usual against the long and lean Bucks of Milwaukee. Even if he doesn’t get the 25-28 minutes of playing time, Favors is still a lock to give you 20 FP a night.

That said, I would only consider Favors at DK since he is worth $19 at Yahoo. There are still a lot of options at that price range and even lower. For example, with Danuel House, Jr. worth $15 and Donte Divincenzo priced at 12 bucks, I may want to look at these two before I do Favors.