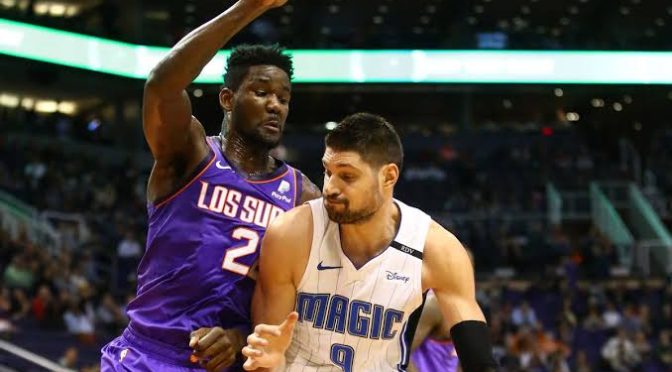 There are times when it’s just not your night and Feb. 2 wasn’t, at least for my suggested value picks. Here’s the recap:

Let’s do better next time and here I go again:

I am not going to abandon my philosophies just because Jrue Holiday had a bad night. Especially when I have a plethora of options in a 10-game night.

For centers, I am choosing between Nikola Vucevic and DeAndre Ayton mainly because they are doing really well during the past five. They are also very salary-cap friendly with Vucevic only at 35 bucks at Yahoo and $8,800. Ayton had a slight edge on Yahoo at 36 bucks but he is only at $7,700 at DK. Given their salaries, you probably know who to pick up on Yahoo and DK, respectively. Both Charlotte and Brooklyn are among the worst teams in allowing rebounds so expect the big men to feast on their respective opponents.

Jayson Tatum will also be on my radar as he appears over his groin injury which forced him to miss some games. He has averaged 22.7 points, 5.3 rebounds, 3.3 assists, 2.3 “stocks”, and 2.3 made threes a game over the past three. Atlanta is the second-worst team in the league when it comes to allowing points so I don’t think Tatum will have any trouble getting his production on Monday.

Look up and down the roster and you’ll readily see something ain’t right. Whatever the reason, though, you have to capitalize.

Taurean Prince ($20 at Yahoo, $5,100 at DK) has largely been consistent but he has also been overlooked for the most part. He won’t give numbers that jumps out at you but 13 points, five rebounds, 2.7 assists, 1.5 “stocks” and 2.3 threes made a game over the last six is pretty good to me.