For daily fantasy basketball lineup strategy, there are a number of factors that we’ve shown you so far in this research section that aid in your preparation, but one area I check regularly when finding the best possible matchups and targets to exploit is the area of free throw rate.

Free throw rate is the frequency of fouls occurring, either by the team or the player you are researching. 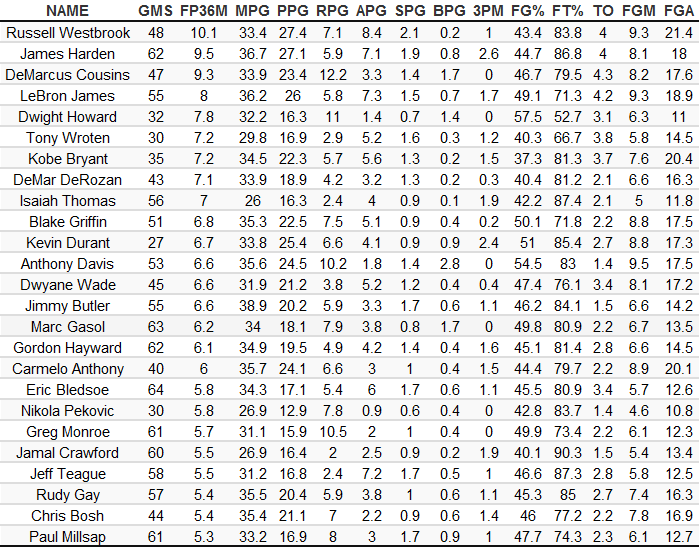 Some of these names you are going to roster anyway. You don’t need this chart to tell you that Russell Westbrook is full of all the awesomeness you’ll ever need. Also, NEWS FLASH, LeBron James gets to the line a bunch, too.

Still, there are some guys who pop in here that may surprise and break some ties in your lineup making decision process. You know that Isaiah Thomas has been balling, and you’ve been ticked because he’s stealing time from the starters for the Celtics, but you look at this chart and you understand why he’s so productive. Not only is his Usage (covered in a previous article) higher than ever, but he gets fouled a lot, too, leading to the easiest points on the floor (for some, sorry DeAndre Jordan), the free throw.

Also, Nikola Pekovic pops on this list. As his playing time grows, so too will his volume of easy points, as Pek goes to the line almost six times per 32 minutes.

Use promo code fantasybball101 at FanDuel to lock in the max bonus at both sites.
For more information check out Where to Play.

As for teams, it’s not always cut and dried, and you need to understand who might be missing on the floor for a night that may impact the foul rate (like Hassan Whiteside for the Heat, for example). But there are teams who definitely foul less by discipline and design.

Also, one should account for pace when looking at opposing foul numbers, as teams with a faster pace may foul more. The team may foul less if in a game with a less speedy opponent or more if paired with a opponent who gets more possessions in a game.

To find this out, you look at fouls per 100 possessions, and when you do, you see these teams that have the highest foul rate. For recent performance purposes, I selected the last ten games to get a feel for what these teams are doing. 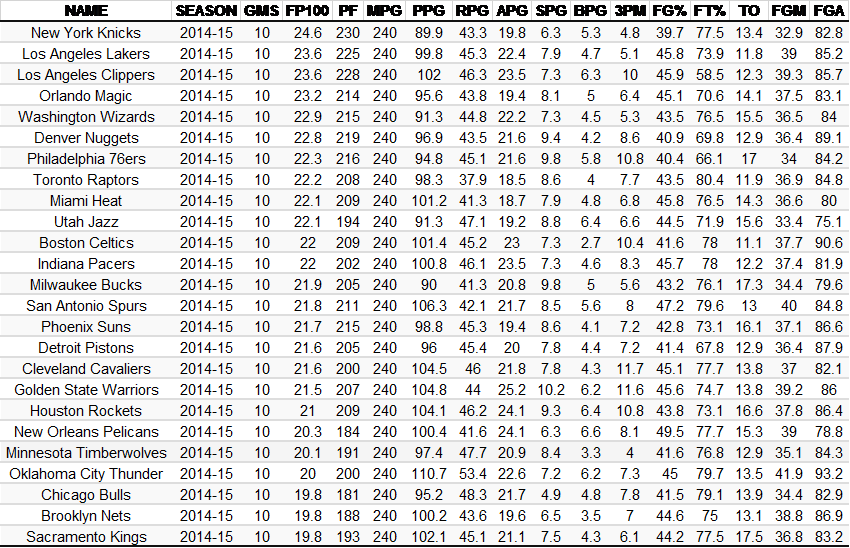 Surprise! The Knicks and Lakers are still bad, with 24.6 and 23.6 fouls per 100 possessions respectively. A good example of pace impacting foul rate is the case of the Utah Jazz above. They are fouling at a top ten clip, but because the play so slow, their total personal fouls are low. If they played in a game versus a team with higher pace, say, Phoenix, you would expect that they would be a good target for players like Eric Bledsoe and Markieff Morris.

It may not seem like much from top to bottom, but an additional five or six fouls could be 10-12 extra points for that team and in turn, 2-4 more points for the players you’ve rostered.

Final note about individual free throw rate leaders – these are the players that are usually getting the ball late in games and getting the end game free throws to seal the game. That’s a nice bonus to have when you are rostering a player.