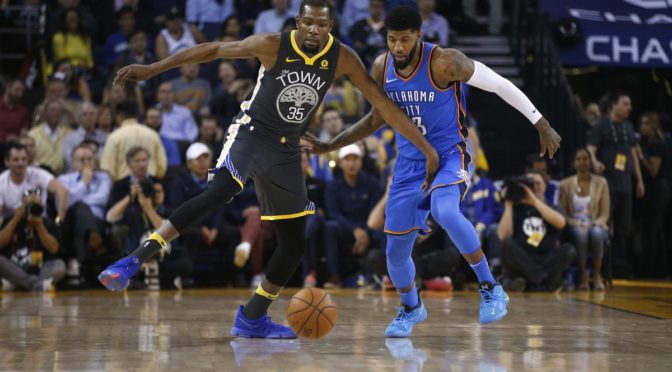 Versatility is key for small forwards and on this “5 Best Small Forwards For Fantasy Basketball” list, you will see some of the most diverse statistical lines in any position. In fantasy basketball, positional eligibility is a major plus but these guys have primarily started and played the position especially this season. Here are the 5 best small forwards for fantasy basketball:

Say what you want about KD, but he is one of a few who can lay claim to being the best player in the world. I know it’s unfair that the Warriors have two of such players but it is what it is. Anyway, Durant is on his absolute prime and showing it to the tune of 28.5 points, 7.5 rebounds, 6.2 assists, 0.8 steals, and a block per game. He can probably do more on those defensive stats but how can you complain makes 1.8 triples, shoots 50% from the field and 91% from the line (on 7.6 attempts).

On the year, Yahoo ranks KD No. 2 overall and 1st on his position while ESPN has him at No. 3 on the Player Rater behind James Harden (listed at PG in my rankings) and Anthony Davis (listed at C.)

The only surprising thing about all of this is it still resulted in a loss against Toronto. Another thing is that KD turned the ball over only once but made no other defensive stats.

Talking about versatility, KD also made three treys and 12 of 15 free throws. That, my friends, is what I call a statistical buffet.

This one is a win over Orlando and aside from that ungodly line, Durant made four treys and all 13 freebies en route too this 49-point night.

As a Lakers fan myself, I didn’t like how PG spurned my favorite team. From a basketball perspective, that decision couldn’t have been any better. The numbers don’t lie: 26.8 points, eight rebounds, 2.2 steals, and 3.3 makes from distance, all career-highs. That plus 2.2 steals and 0.6 blocks on 45% shooting from the floor make George the second-best small forward in fantasy basketball, at least for the moment.

George is ranked No. 5 on ESPN’s Player Rater but with Russell Westbrook on this team, I don’t see him keeping up this pace although a top-10 finish to the season is certainly a possibility.

With Westbrook struggling shooting the ball this season, it looks like PG is assuming the role of the scorer and he did so many times this season. In a win over Brooklyn, George had himself a night, drilling six treys and 11 of 14 FTs for 45 points. He also grabbed 12 rebounds, 4 helpers, and only two turnovers.

b.) One of TWO games with at least 20 points, 11 rebounds, six assists, and six steals

George did not have a very good shooting night, but unfortunately for Houston, he did other things to make a positive impact on the game for OKC.

A testament to George’s unbelievable consistency this season, he produced a stat line of at least 43-12-6 and 4 threes in consecutive games three days apart. During that stretch, he made 17 of 20 FTs and shot almost 60% from the floor.

The Klaw is currently ranked No.16 on the ESPN Player Rater and No. 13 on Yahoo. If he is somehow cleared to play on a back-to-back, maybe we will see a slight climb on the rankings for Leonard. Until then, the game restriction will also put a cap on Leonard’s fantasy value.

Paul George had the other one but Kawhi is up there in statistical proficiency.

Not much diversity on his stats but boy was he hot on this one. Kawhi made 16 of 22 shots and 13 of 17 free throws (no made threes) plus six assists. Again, the lack of diversity is a bummer but that will still be a gem in daily fantasy and points leagues. The 45-point scoring output is the best of Leonard’s career and tied for 17th-best scoring performance for the season.

c.) One of FOUR games with at least 31 points, 15 rebounds, and three steals with 9 FTs made

Kawhi made it to this list as the only true small forward. The others are Joel Embiid and Giannis Antetokounmpo. He also added 4 assists to his totals.

Practice rants and coach confrontations aside, Butler remains one of the best small forwards in basketball. However, this is not the Jimmy Butler of old, who is pretty much a no-brainer second round pick. He is currently ranked No. 42 on the Player Rater and No. 29 on Yahoo.

Buckets definitely got them buckets only 48 hours apart after dropping 38 on Toronto and Detroit, respectively. He had 10 rebounds and 4 treys vs the Raptors while he registered 6 rebounds, 6 assists, and three steals two nights after in Motown.

b.) One of TWO games with at least 34 points, 12 rebounds, four steals, and five treys made

PG had the other one but this not a joke of a game for Jimmy Buckets. He committed only one turnover and made all seven of his FTs on this one.

Amidst all the turmoil Minnesota, Butler still played fairly hard for them, at least well enough to start in fantasy leagues. He played in four of the first five games for the Wolves and recorded 15 steals during that span. That’s a gem, especially on head-to-head leagues.

d.) 0 points and a win with third-stringers in practice

Kidding aside, I do want to watch at least highlight of that fabled scrimmage.

LBJ, as we all know, is down and out with an injury but his body of work through 34 games couldn’t be undone. He is averaging 27.3 points, 8.3 rebounds, 7.1 assists, 1.3 steals, and 0.7 blocks. The knock on James is his FT shooting, which had him at 68% on almost 8 attempts. Even so, when he is healthy and engaged, there are not many people on Earth who can go toe-to-toe with the King. 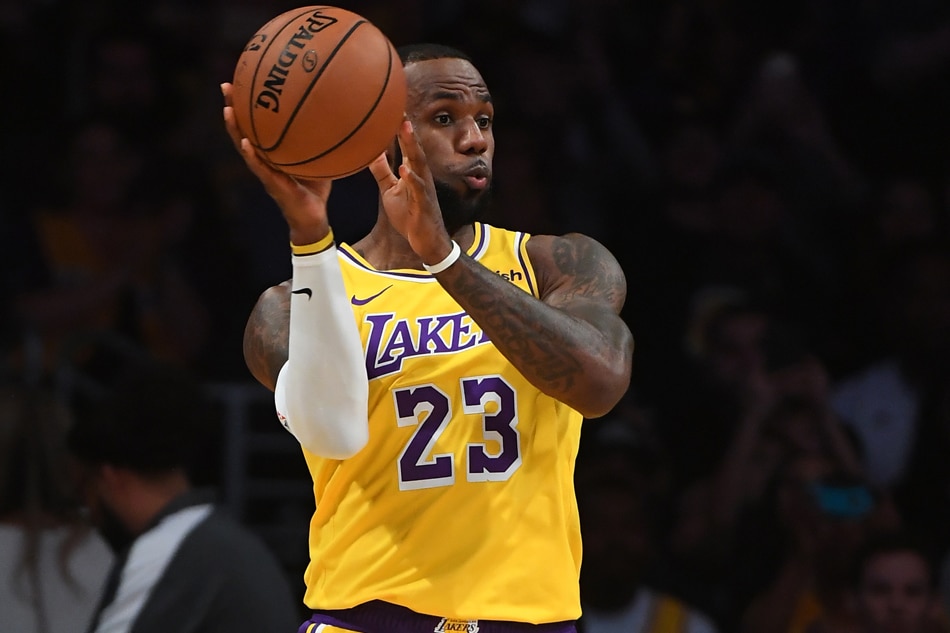 Russell Westbrook, a guard, and Nikola Jokic, a center, had two of such games.

c.) Only game with at least 44 points, 10 rebounds, nine assists, and three blocks.

Portland took the full brunt of LeBron’s wrath on this one as he dropped 44-10-9 with three blocks on the night he passed Wilt Chamberlain on the all-time scoring list. He also made 5 threes and 13 FTs to seal the deal.