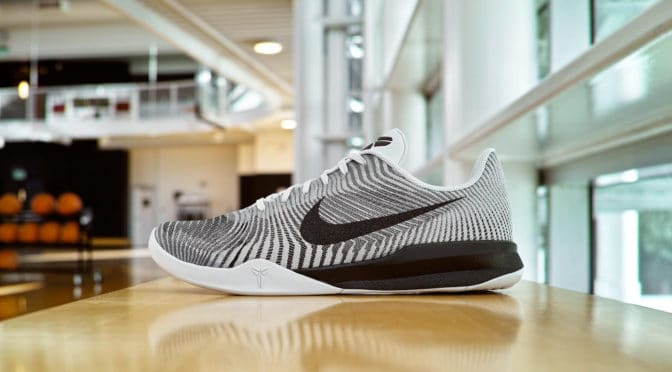 Kobe Bryant’s signature models are some of the best basketball shoes ever made and I’m not just saying that because I’m a Kobe Bryant fan. His shoes– Kobe 6, 8, and 9— not only look good, but they also blazed a trail for low top basketball shoes. 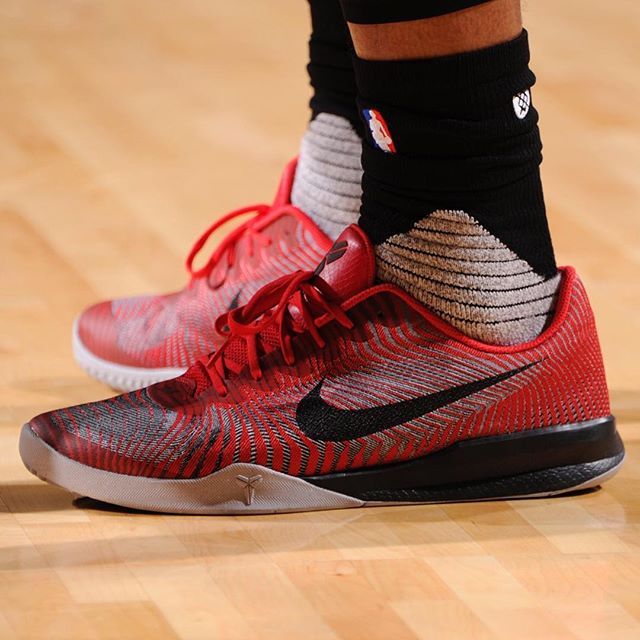 The Kobe Mentality line is the first budget Kobe shoes. The Mentality 1 was underwhelming, to say the least, but the second instalment was better than everyone expected. For me, it is the best Kobe shoes for basketball if you are on a budget and don’t want to spend 200 bucks on the premium line.

What makes the Mentality 2 so good? Traction! The traction is so good with or without dust that you don’t even need to wipe at all in most cases. In fact, the Mentality 2 performs so well you may likely prefer it over the Kobe 11, whose traction is inconsistent at best.

Another trick that you can do with the Mentality 2 is to replace its drop-in Lunarlon midsole with that of the Kobe 11s for an instant upgrade. From its performance to the fit and the price, you won’t be disappointed with the Kobe Mentality 2.

One of the things about budget models is they often lack the cushioning that the premium models have. That’s not the case with the Kobe Venomenon 6. Everything that you would like in a Nike shoe, you’ll find it with this budget Kobe model.

Consistent traction? Check. The traction is similar to the Kobe 6 and most of the XDR-release has thick rubber compounds it works so well even when playing outdoors. Cushion? Another check! The cushioning setup included a 13-mm top-loaded rectangular heel Air Zoom unit. There’s also a bottom-loaded forefoot Zoom Air and it just worked well overall.

At its price point, you are getting an above-average shoe that performs and answers all your on-court needs.

For the full Venomenon 6, check out Here. 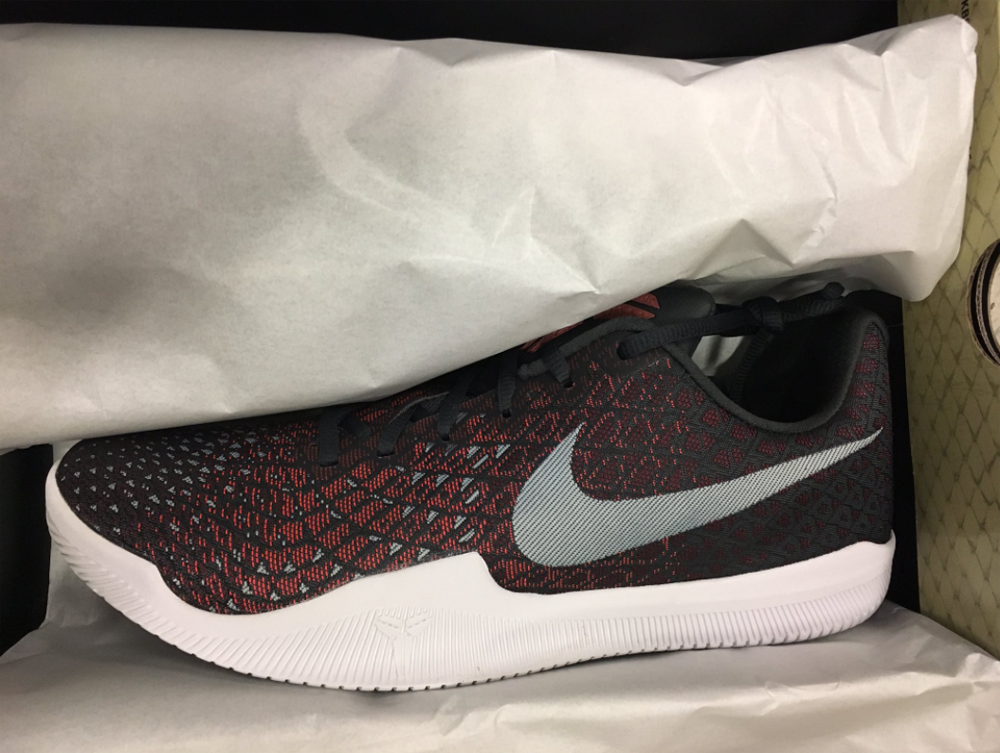 If you want a minimalist, low-to-the-ground feel that also looks absolutely good, you can’t go wrong with the Mamba Instinct.

The Instinct is basically the Mentality 3 but for some reason, Nike decided to re-brand it. The material is similar to the Jordan CP3s and the other recent Jordans, which is awesome since the SRP of the shoe is at $100, and down to even 50-75 bucks when on sale.

I suggest that you go up to one size if you’re a wide-footer, perhaps half a size up if you have normal-width feet. and go true to size if you have narrow feet. It is definitely not designed for the bigger and heavier players but if you’re a guard, I suggest you cop one for yourself. 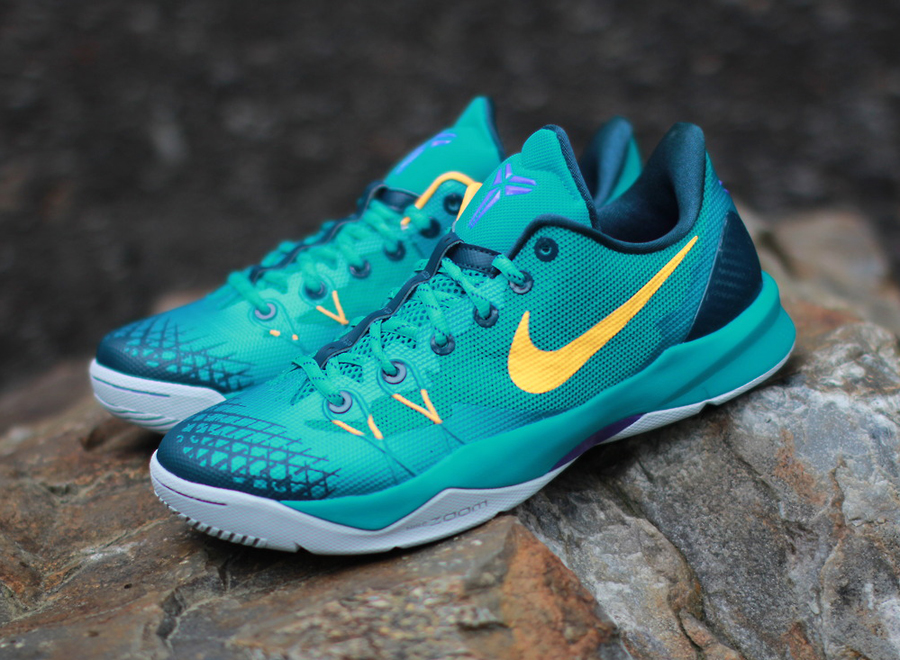 What I like about the Kobe Venomenon 4 are the hard rubber outsole and the premium-looking materials. Its traction can be solid but also inconsistent and it offers minimal ventilation and cushioning. Speaking of cushioning, if the Venomenon 4 just had a bigger Zoom unit, it would have moved up a spot in this list.

The Kobe Mamba Rage is just like the Mamba Instinct in so many ways. It just looks like it but I think the Instinct performs better overall, even though the Rage does have some bright spots.

Its traction is beastly especially on the clean courts and its snug fit provide stability and support. The negative thing is the outsole is a dust magnet in dirty courts and it wears pretty easily when used outdoors. If you’re a wide-footer, try moving half a size or a full size up because if you don’t, it will take days of break-in to get rid of the pinching sensation at the midfoot.

Best Kobe Shoes For Basketball If You Are On A Budget: Final Thoughts

However, not everyone can afford the premium models and the Protros of the 4s and 5s right now are on limited release. That’s why there is no other choice sometimes but to turn our attention to the budget models, which are definitely not that far behind.

The Kobe Mentality 2, for example, is a pleasant surprise performance-wise. Outside of the support, which lacks in most budget models and not just Kobes, everything else is a killer. The traction is almost second to none while the cushion, fit, and materials are all above-average.

The second in my list of best Kobe basketball shoes on a budget is the Venomenon 6. The Venomenon is the Kobe version of the Ambassador which was only released in Asia, although it’s a shame that it’s not released anywhere else. It would have been fire if it gets more attention in the United States.

Rounding out my 5 are the Instinct, Venomenon 4, and the Rage. These are the 5 best Kobe shoes for basketball if you’re on a budget.  I did like how the Mamba Focus looks (and the new Mamba Fury), but it’s one of the weirdest shoes in terms of fit. It is long and narrow, which is the worst thing that could happen. Still, these are all pretty decent shoes and if you can cop them for even less than $100, then go for it!