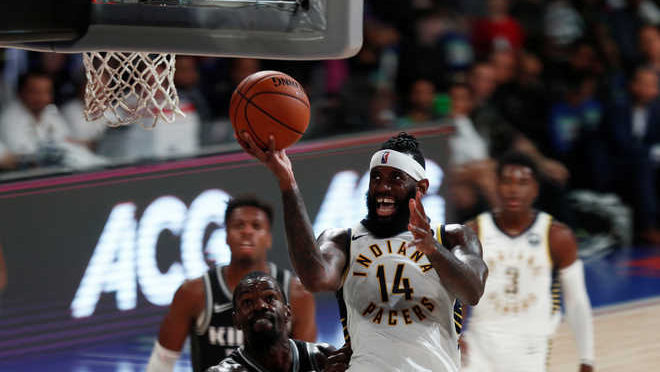 My suggestions for Jan. 11, 2020 were generally on point except for Jerami Grant, including a wild swing on Cedi Osman.

Osman had some serious workload for three straight games but the production were pretty much pedestrian. That is until Saturday, where the Turkish swing man pulled down a season-high 12 boards, along with 11 points and four assists in 35 minutes of action.

Here are another batch of suggestions for Jan. 13:

Derrick Favors, Jrue Holiday, and JJ Redick are all questionable for New Orleans leaving so much minutes and usage.

This means Jaxson Hayes and Josh Hart will be among the best bargain options with Lonzo Ball and Brandon Ingram among the linchpins to which you can build your team around.

Two teams will spot-start power forwards in the absence of injured stars. These are Pacers’ Jakarr Sampson and Sixers’ Mike Scott, who are going to face each other on Monday night.

Both are at the near-minimum but has limited upside (20 FP is a little too high to expect from both). However, if your strategy is to load up on the studs such as LeBron James and Andre Drummond, 20 FP isn’t a bad contribution from near-minimum guys.

Like Darius Garland (who remains a bargain option for now), Culver appears to have figured it out the past few games. Over the past five, Culver is good for 15 points, 5.4 rebounds, 2.2 assists, and two “stocks” per game.

Culver relies more on stat-stuffing rather than on one category to be productive which should make him an attractive option vs OKC Monday night. I would also consider Garland but because Cleveland is playing the Lakers, I just don’t see him going off much against Avery Bradley or Alex Caruso.

Like mentioned, Derrick Favors is going to be questionable so it should be Hayes and Nicollo Melli getting the bulk of the minutes at center.

Melli had some decent run vs Boston (seven points, five rebounds, two assists, and two steals) and could be in line for PT against the Pistons. This is more of a desperation choice but if Favors indeed sits out, Melli is a much better option in my opinion than Sampson and Scott.

OK, Warren is at $22 in Yahoo, which is bang-for-the-buck already if you ask me, but the guy is only priced at $5,900 at DK. It’s a travesty if someone does not put him in any of their rosters, especially with Domantas Sabonis set to miss another game.