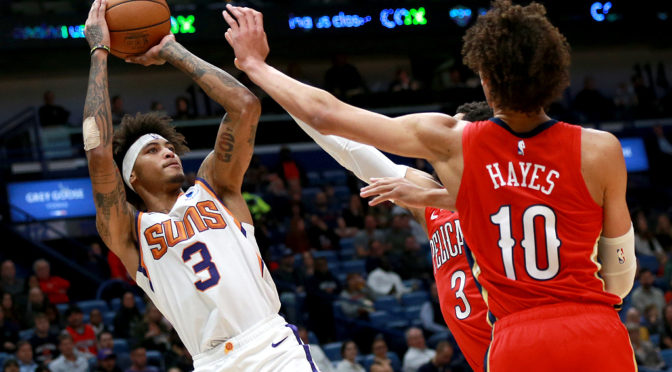 The last 5 suggestions (for Jan. 10th) did not go as well as I would have hoped.

Pop brought misery by playing Lonnie Walker IV only 15 minutes while doing basically nothing. Dewayne Dedmon, who I have high hopes for, got into foul trouble early and disappeared in 14 minutes of play. Because of the mini-blowout, JJ Redick played 23 minutes (12 points, two rebounds, two assists) which is a bit mediocre, while JaVale McGee and (nine points, three rebounds, two steals, and a block) and Bobby Portis (13 points, five rebounds, four assists) were pedestrian at best. As far as I’m concerned, this batch fully struck out.

Let’s see if we can find more gems at the bargain bin for Jan. 11th:

Everytime I put Josh Hart in here, he manages to mess up every single time. Now, I’m pretty confident that wouldn’t be the case with Jrue Holiday out.

In the three games where Holiday sat out, Hart is averaging 11.3 points, 6.3 rebounds, 1.7 assists, a steal and seven total threes made. Over the past, Hart is good for around 24 FP a night at DK, so there’s awesome upside here for real bargain value.

Osman has played at least 35 minutes in three of the past four including 40 minutes against the Pistons but sadly, the production wasn’t there. Including him in this is simply optimism that he should make the most out of that workload.

Grant pinch-hits for Paul Millsap the last time and did absolutely well in 34 minutes (15 points, six rebounds, two assists, a steal, and three blocks). Mike Malone confirmed Millsap’s status for Saturday (OUT) ao let’s see if he can make it two in a row.

With Garland, it’s no longer optimism. He has been putting it together as he’s averaging 26 FP in the past six games (15.7 points, 2.2 rebounds, 5.2 assists, and 2.3 treys made over that span). He’s good for 33rd in the Player Rater for point guard-eligibles in the past 30 days, ahead of Eric Bledsoe and Spencer Dinwiddie.

How about Hayes, who has back-to-back double doubles? Boston can be a good defensive team but his rebounding and shot-blocking (22 rebounds and six blocks total over the past two) are easy ways to get to at least 25 FP.