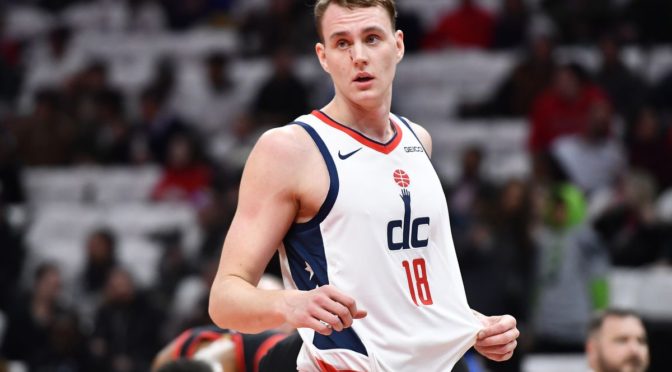 I wasnt’ able to do a recap for Jan. 4 because of time constraints but MPJ, Jordan McRae, and Marcus Smart all disappointed for various reasons.

Ish Smith went nuclear in the Wizards win (with Troy Brown giving quality minutes off the bench) so McRae did not really have the chance to replicate on his career game.

Smart still played a lot of minutes but the return of Jaylen Brown kind of capped his ceiling. That doesn’t mean, however, that I will completely ignore him in the upcoming game against the Wizards.

On the other hand, the Sekou Doumbouya pick was better than expected after the rookie played 38 minutes and delivered a second straight double-double in as many starts. He had 16 points, 10 rebounds, two assists, two steals, and a block.

My suggestion on the Center spot was also a bulls-eye as Andre Drummond had over 50 FP in the win vs Golden State and like I said, Domantas Sabonis can get 40 FP easily in his sleep.

For Jan. 5, Darius Garland slowed down in the second game of a back-to-back (which I kind of expected) but Jarrett Culver more than made up for it by registering 14 points, three rebounds, three assists, four steals, and two blocks. JaVale McGee (9 points and three rebounds) was pretty much himself but the SIX blocks totally saved the day. That’s two out of three as far as I’m concerned.

A friend told me I should avoid food with ingredients that I can’t pronounce but Anzejs Paseknics is not baby formula, ain’t he? (And yes, Paseknics is the guy on the right.)

AP has been very serviceable for the short-handed Wizards averaging 20.8 FP over the past six games capped by a 13-point, eight-rebound performance in the Denver win. If he can stay out of foul trouble, the kid will get you some solid numbers for the near-minimum salary.

Horford is probably on the worst stretch of his career failing to reach 30 FP in eight of the last nine games. That includes three consecutive games of less than 20 FP. The former All-Star has already publicly lamented his role on the offense so if Brett Brown decides to give him the freedom to run sets and be aggressive, he is due for a big night.

Of course, that’s only the optimist in me speaking so that should be taken with a grain of salt. However, if you want to throw a curve ball here like I do from time to time, Horford is the perfect guy.

Lonzo Ball has been balling pretty well recently and though he can’t be considered a bargain, no one’s blaming you if you tap his services.

If you want a bargain Pelican, though, take a long look at JJ Redick who has at least 22 FP two games in a row. E’Twaun Moore is bound to cool off at some point (taking away Redick’s minutes) so Alvin Gentry is back to playing JJ 26-27 minutes.

The salary may be a bit too high to be labeled a bargain but Jingles has been awfully consistent that I couldn’t pass him up. We all know New Orleans allows the seventh-most threes and 10th most assists to opponents, two areas that Jingles excel on. The Pels are also playing well lately so this should be a competitive game with playing time into the 30’s for the Aussie.

For the said reasons, if I don’t get at least 30 FP from the guy, I’ll be disappointed.

While Smart and Smith are some solid options in here, I feel Monday’s group of high-end point guards are worth every cent.

From Luka Doncic to Devonte’ Graham to Lonzo Ball, I don’t think you’ll be disappointed spending top dollar in this crop of PGs.