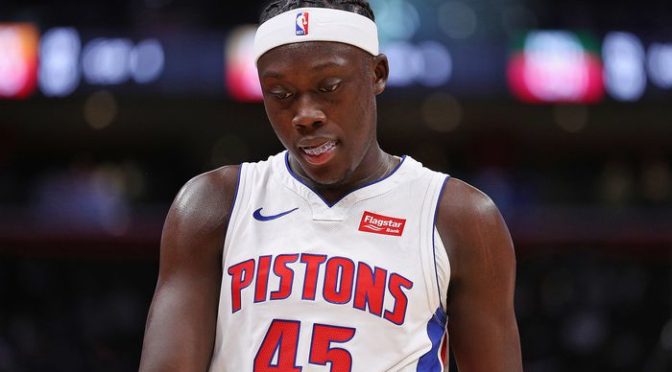 As predicted, Derrick Jones Jr.’s minutes were there (31), but unfortunately, the production were not. The Heat were blown out by their state rivals by 20 points but that should not be an excuse why he only got 5 points, two rebounds, and a steal.

Anyway, while Jones fizzled, Enes Kanter was the exact opposite. He had 14 points, 11 rebounds, an assist, and two blocks (23 minutes) for a total of around 33 FP at Yahoo and DraftKings . As of this writing, Josh Hart is still playing, but if he can get around 22-25 FP, your selection is not wasted.

As of the other fantasy notes, Terrence Ross and DJ Augustin did their fair share of damage while Nikola Vucevic was straight-up a problem tallying 20 points, 11 rebounds, and seven assists plus a block to boot.

Kelly Oubre, Jr continues his awesome run, dropping 26-6-3-3 for 45 FP. He has put up consecutive 50-FP nights before that but I’m not going to complain.

Now, let’s a look at some of our best bargain options in a nine-game Saturday.

I’m just glad Mike Malone finally find some minutes for MPJ and still had Gary Harris and Will Barton playing at a high level. Porter Jr had himself a career night to the tune of 25 points, five rebounds, one assist, and two treys made.

Harris has become a lockdown defender but MPJ has the higher scoring and rebounding upside. Both can be bargain options although my money is on Porter, Jr. to rain down on the porous Washington defense tomorrow night.

Bradley Beal could still be out for Saturday and that alone should make McRae the most attractive fantasy option in the Wizards roster. The two games Beal is out, McRae had godlike numbers: 32 points, 4.5 rebounds, and six assists plus three treys per game.

Even if Scott Brooks decides to deploy Beal, I’m pretty confident McRae can still come up anywhere from 23 to 26 FP.

Starting for Kemba Walker who was out with an illness, Smart exploded for 15-6-9 plus two steals and three blocks in the victory over Atlanta.

If Walker comes back against Chicago, Smart will still be OK but personally, I’d look at other options. If Walker is still out, Smart had the first guard slot in my roster.

Sekou got his first career start vs the Clippers with Blake Griffin out and did not disappoint with a 10-point, 11-rebound performance.

Realistically, it’s a coin toss every game between him and Christian Wood and the latter may have the better upside in the long run but right now, Doumbouya is the starter and will play minutes in the mid-20’s so I’m rolling the dice on him.

The usual suspects at center that can be considered bargain are Enes Kanter, Brook Lopez, and PJ Washington at DraftKings. Kanter is Questionable going into Saturday after receiving stitches while Lopez and Washington are locks to give you at least 23 FP a night.

That said, I’d recommend spending less on the guards and forwards and tap the services of a high-end center such Andre Drummond or Domantas Sabonis. Drummond should dominate Golden State plus a potential meteoric rise in Usage with Griffin out while Sabonis is simply a lock to give you 40 FP in his sleep.