We are almost halfway through the season (some teams have already played 39 games) so allow me to rank the 5 best centers for fantasy basketball right now. Looking at how the chips fall, only one player in this list can be considered a pleasant surprise but find out why I don’t think he will be able to sustain his pace.

Davis is the measuring stick of the modern big man– can score, rebound, pass, and can stretch the floor a little bit. He may be the consensus No. 1 pick if we redo the draft all over again. That said, his durability remains a question mark, having missed 17% of his games in his previous six campaigns. AD’s lack of three-point shooting is also a bummer but I guess you just can’t have everything.

Exhibit B: One of three games with at least 30 points, 20 rebounds, and 5 assists.

Davis and two other centers (they will be on this list for sure) boast the only 30-20-5 games of the season. The most impressive thing is, AD was not at his best this night of Dec. 21, 2018, when he reportedly vomited at the Staples Center restroom because of an apparent illness.

Exhibit C: The ONLY game with at least 48 points, 17 rebounds, and 4 assists.

Yahoo! Fantasy currently ranks Davis the No. 1 player– not center, PLAYER– in fantasy basketball right now and the scary thing is, we may not have seen the best of him YET.

KAT is no Anthony Davis but boy, is he damn near close. After a relatively slow start to the season amidst the Jimmy Butler debacle, Towns was back to being a beast. He is now the 5th-ranked fantasy player in the whole world and the second best fantasy center behind the aforementioned Davis. KAT’s advantage over AD is that he never misses games in any of his three previous seasons. And while he is not the passer nor the defender Davis is, Towns is a 39% shooter from deep and makes almost two a game from distance.

Like Davis, Towns is also the owner of the most absurd stat lines this season. The case/s on point:

Yeah, Chicago’s defense isn’t much but this performance stands alone as the only game of at least 35-23-6 of the 2018-19 season. Towns did not register any defensive stats on this one but I wouldn’t dare ask anything more out of my big man if he gives me that much offensive production.

Didn’t I mention Towns is a better shooter than AD? He went guns ablaze against Charlotte last Dec. 5, 2018 and dropped 35 points, 12 rebounds, six blocks and 4 3PM in 5 attempts. The three-point makes ties his season-high which he achieved twice in October.

If you have not seen someone produce at least 34 points, 18 rebounds, 7 assists, and six blocks, that’s because it’s so rare it only happened twice in the past 43 years! KAT, of course, did it just very recently, destroying the Miami Heat last Dec. 30, 2018. Kareem Abdul-Jabbar had the other (35-19-9-8) in– WAIT UP– Nov. 14, 1975! If we add Towns’ three makes from distance and we, my fantasy friends, have a very special player in our hands.

Like Davis, the scary thing about KAT is he may still be scratching the surface of his potential. I mean, the guy is only 23 years old and is statistically mentioned in the same breath as Kareem? Come on, now! Life is unfair.

This season is a blip on the radar for Vucevic, who has had a number of solid seasons in the past but NEVER this good. Maybe that’s what an expiring contract does to you. Statistically, Yahoo puts Vooch the third-best center in fantasy basketball and No. 8 overall. He is averaging career-highs in points (20.3) and assists (3.7) while tying previous highs in rebounds (11.9) AND blocks (1.1) while registering a steal and a three per game.

A lot of things can go wrong for Vucevic’ fantasy value this season. The Magic can either trade him before the deadline and if not, shut him down in favor of Mo Bamba if they can’t realistically make a playoff push. If he is traded to a fringe playoff team, he may slide down the pecking order in favor of the incumbents or if traded to a bad team, he may still be shut down in favor of player development. Either way, I think selling high on Vucevic is the best way to go in fantasy especially if we are considering his lengthy injury history.

Of course, you can’t be the No. 8 player and 3rd-best in fantasy without some pretty crazy statistical games to go along with it.

Exhibit A: One of four qualified centers to record a triple-double this season.

Vooch did his work early, just the third game of the season against Philly but that was an insane one. He recorded 27 points, 13 rebounds, and 12 assists while making all four attempts from deep and all three of his free throws.

The Process has all the tools to be among the top players in all of fantasy basketball but his lengthy medical history may prevent him from doing so. Fortunately, Embiid has missed only two out of a possible 38 games so far but in games that don’t matter down the stretch, the team may want to go the safe route and rest him a few more games along the way. Still, you can’t go wrong with Embiid, who is averaging 26.5 points, 11.9 rebounds, 3.5 assists, 1.9 blocks, and a three per game on a 48.4% clip on the floor and 80% at the line.

From a fantasy perspective, Embiid is a bit below the other centers when it comes to efficiency (no thanks to 3.9 attempts from deep on a 29% clip). If he cuts down on the long-range attempts and gets to the 50% range, it would certainly do well for his value going forward.

Yahoo has Embiid just sitting outside the top 10 overall and the fourth-best center in fantasy basketball. Here are some of his best moments so far in the 2018-19 campaign:

Exhibit A: Co-leads the league in most 30-15 double-doubles.

JoJo and AD have the most double-doubles with at least 30 points and 15 rebounds this season with nine such games apiece.

Exhibit B: Embiid is hands-down the best center at getting to the foul line.

Embiid can help you singlehandedly win the FT category in roto leagues with almost 10 attempts per game. He is the only center this season to have at least 20 FTA in a game and he did three times in the month of November. 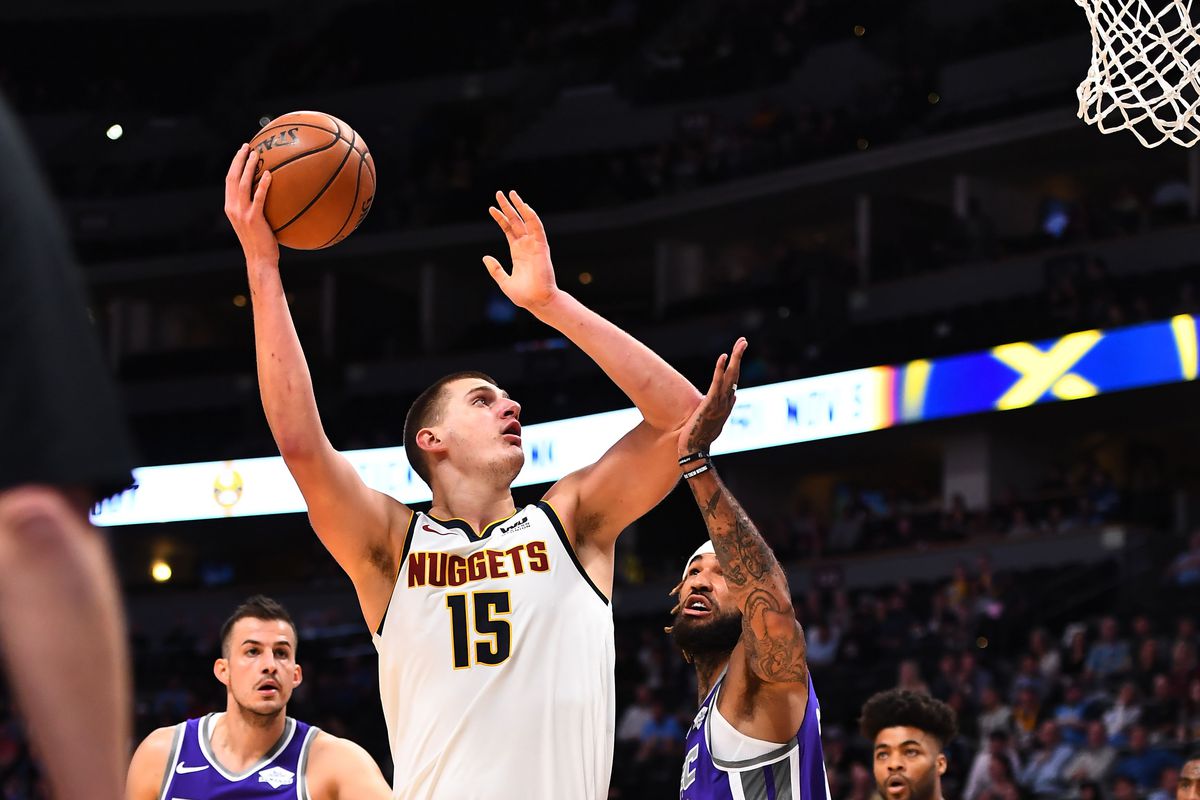 The Nuggets is sitting atop the West for now and the Joker is a HUGE reason why. He is basically a triple-double threat every time he steps on the court and is the focal point of Denver’s offense. He is not the defender that everyone else on this list is (except Nikola Vucevic) but Jokic can stake his claim as the best passing big man of all time. His assists rate is currently 7th in the league according to NBA Stats, easily the best among centers and ahead of names such as Ben Simmons, Kyle Lowry, and LeBron James.

Jokic is averaging 18 points, 9.9 rebounds, 7.6 assists, 1.5 steals, 0.7 blocks, and over a three per game. That is good for 5th in his position and 12th overall in fantasy basketball. Needless to say, Jokic is not your typical center, and his best statistical games are also not what you would expect from your typical big man.

Exhibit A: Leads all centers in triple-doubles.

Exhibit B: Leads all qualified centers in games with at least 10 assists.

There were 13 of such games registered by a center and Jokic had NINE of them.