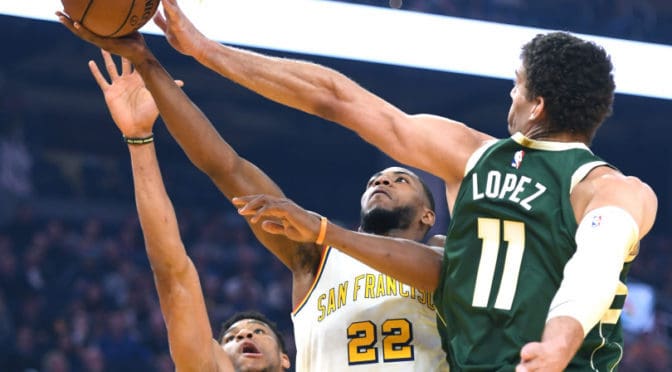 We still don’t know when or if the season will even resume but it won’t hurt getting the guys the recognition they deserve. These time around, let’s give the NBA’s best stoppers some love.

The Bucks’ defense this season approaches historic proportions no thanks to a line of capable defenders from up and down the roster. Guys such as Eric Bledsoe, Wesley Matthews, and Khris Middleton are menaces on the perimeter but Milwaukee’s defensive identity relies heavily on Brook Lopez.

Lopez has always been a pretty good shot blocker in his career but Mike Budenholzer has crafted this good of a defense based on his strengths. The Stanford product has mastered the art of staying vertical, protecting the rim without fouling.

Here’s the evidence: Lopez ranks second in the NBA in Defensive FG% from inside six feet, trailing only to teammate Giannis Antetokounmpo (who we’ll get to later) while allowing only 41.8% shooting from opponents overall. Simple translation: If Brook Lopez is anywhere near you, chances are you’ll miss the shot.

With Lopez anchoring the Bucks defense, they allow the lowest points in the paint, lowest opponent FG%, and defensive rating. Since Budenholzer’s defensive philosophy is all about keeping guys off the paint, Lopez is a very big piece of that defensive puzzle.

The Pelicans is one of the worst defensive teams in the league but when it comes to individual body of work in that area, Jrue Holiday is still one of the league’s best.

Advanced stats back up Holiday’s stout defensive stats (1.7 steals and 0.8 blocks). He is sixth in the league in three-point FG% defense and allows only 40.5% shooting overall. That’s hard to do and even harder if everyone around you plays no defense.

It’s a long shot that Holiday wins DPOY but this is just a tip of the hat to one of the NBA’s severely underrated defenders. 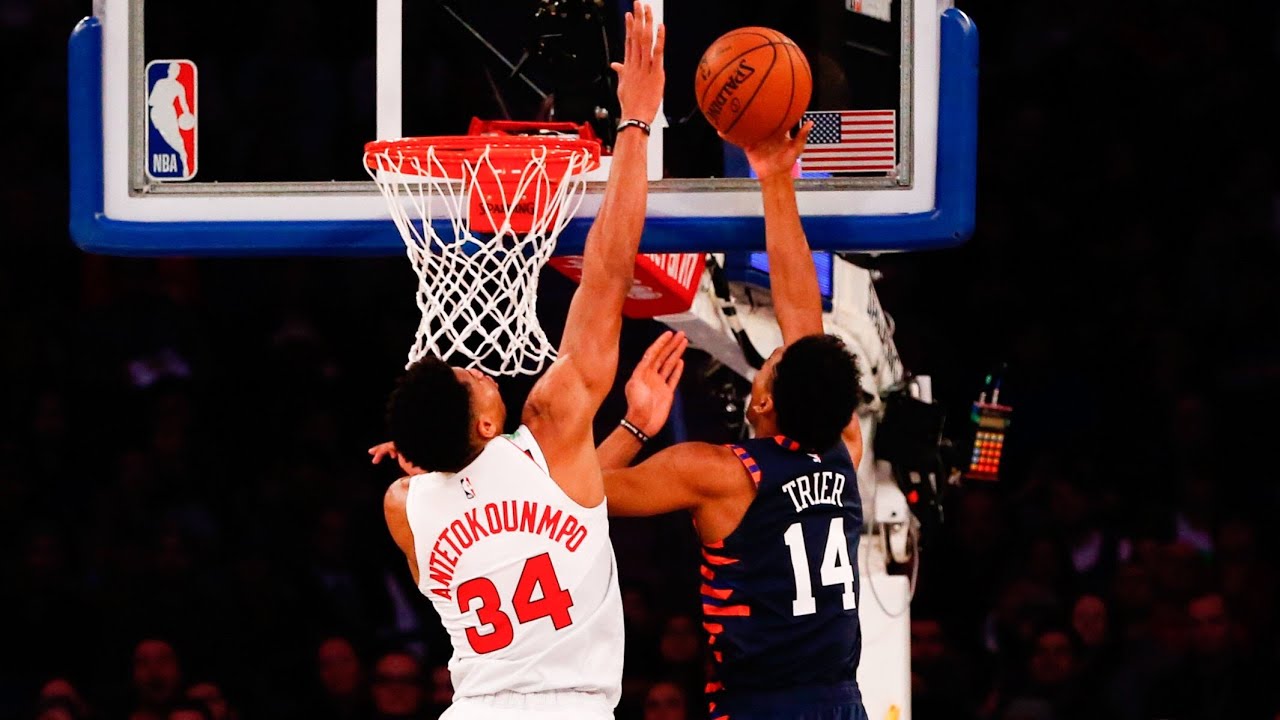 Now that we’re talking about defensive FG% and whatnot, Giannis is leading the league by a considerable margin in almost every defensive metric. That includes overall DFG% and paint defense, while only allowing 31.3% shooting from deep.

What applies to Lopez can also be applied to Antetokounmpo, only on a larger and more versatile scale. He can guard everyone from quick point guards to bruising centers using all his physical tools to his advantage. If he does win the DPOY award and the MVP (which he has a batter chance at, IMO), he’ll be the very first one to do it since Hakeem Olajuwon in 1995.

You know I’m all in favor of keeping the old guys’ legacy, but if The Greek Freak manages to take home both, you won’t hear anything from me.

Like Giannis, defensive versatility is Davis’ calling card. Out of the bunch, you can say he has the greatest defensive impact on a team as his first season with the Purple and Gold nets a top-3 defensive rating from a middling 14th last season.

AD’s ability to guard every position allowed the Lakers to cement their defensive identity as a shot-swatting, rim-protecting team. He leads the NBA in total loose balls recovered, seven more than the next guy, which is P.J. Tucker. He is also second behind Giannis in overall DFG% at 38.5%

If voters feel compelled to “protect” Hakeem’s MVP-DPOY legacy, Anthony Davis should be hoisting that trophy if ever they decide to give it to someone other than Giannis.

Simmons may have something to say about that last statement. If AD and Giannis HAS versatility, then Simmons is the poster boy of that quality.

The former LSU Tiger was a complete menace on that end of the floor, evidenced by the elite steals numbers (leads the league), deflections (second), and total loose balls recovered (third). He often guards the opposition’s best offensive options, whether big or small.

That said, while he may not be top 10 in DFG%, his numbers are still elite in that department. Simmons allows opponents to shoot only 41.3% overall while effortlessly navigating the positional waters on defense. There is nobody in this league that can keep in step with James Harden without fouling, chase Luka Doncic around every ball screen, or bang bodies with an old-school center like Enes Kanter.

Ben Simmons can and nobody on this list can say the same.