I’m a huge Kobe Bryant fan and possibly even more so when it comes to his shoes. Kobe Bryant wore many shoes during his career, and it is hard ranking the 5 best Kobe shoes of all time.  Nevertheless, we will do our best…  Kobe shoes often offer some of the best possible packages in terms of playability, traction, and cushioning, these bad boys often came in the most amazing colorways. (Yes, I’m talking about them Bruce Lees, Grinch, and Preludes!)

Now let us stroll down memory lane and take a look back and rank Kobe Bryant’s best signature shoes in terms of their performance. 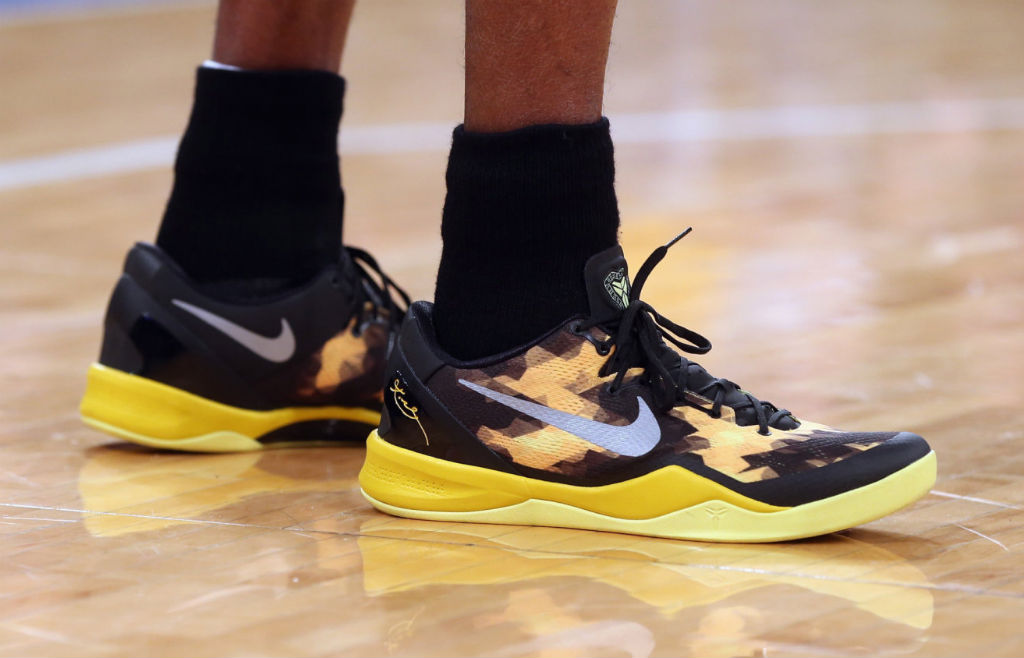 After letting us down with the 7’s, Nike changed gears with the Nike Kobe 8. It is made out of engineered mesh, which sounds like someone just made up on the spot to sound cool. But, it was a relief! It was outstandingly durable despite the shoe weighing only a tad below 10 ounces.

Performance-wise, it did not disappoint. It probably has the best traction out of ANY Kobes. A full-length Lunarlon drop-in midsole is also employed, which is amazing, and it was one of the better-ventilated shoes of the Kobe line. When it comes to the shoe’s support, it was possible because of its superior fit. It also has a carbon fiber shank that keeps the foot in place so you don’t really have to worry about bending and slippage or anything like that.

Overall, the Kobe 8s are considered to be in the top echelon of guard shoes OF ALL TIME.

When you see something like “elite” in there, that’s how you know the materials are premium. And I’m not gonna lie: the 11s are here for nostalgia and not primarily for its performance.

See, the Kobe 11s are the least Kobe signature model he wore in an NBA game. (The three lines in the heel area represents the scars Kobe got from Achilles surgery.) That said, I’m not saying it’s a terrible performer. It’s solid in a number of areas and lacking in one or two components.

OK, let’s start where the 11s fall short– inconsistent traction. It’s terrible in dusty courts and that recessed spine thing, I don’t if that works at all. On the other hand, everything else is solid, from the cushioning to the materials. It’s actually pretty perfect overall other than the traction.

If there’s one traction pattern that should be in every shoe, that deserves a statue of its own, and whatnot, it’s the Kobe 9s. That’s the best thing about this line and for that, it deserves a spot on this list. The EM does away with the carbon fiber plates of the Elite but I am not one to complain.

More often than not, basic just works and this is what the Nike Zoom Kobe 4 is all about. BASIC. It doesn’t have any of straps, lace covers, or any gimmicky stuff of its peers back when it was released.

At around this time, Kobe wanted a low top so the designers did their homework and this is what they’ve come up with. That was taboo at the time when mid-tops were considered the standard. However, since Kobe had his worst ankle injury playing on Huaraches, his team and Nike’s designers thought it may be a time for innovation.

But enough with the history. How does the Nike Zoom Kobe 4 perform? Well, the heel lockdown couldn’t have been any better, plus the collar foam and the midfoot support are all epic levels, giving you all the protection you need. 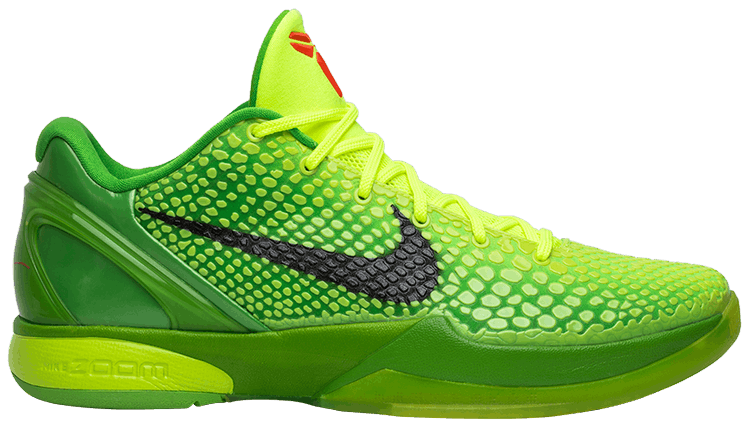 After the basic, comes innovation, and when it comes to design, the Nike Zoom Kobe 6 completely took the sneaker world by storm. I mean, how awesome were those snake scales?!

At one point, wearing the Kobe 6 is the coolest thing in the scene that one of three basketball players wore them. The heel and forefoot Zoom Air offered up targeted cushioning, and the shoe also featured a padded mesh tongue. The shoe’s heel collar felt like a memory foam but the traction, while very grippy, may not do its job after a first few games.

Overall, though, the Kobe 6 made it as No. 1 since it checks all the boxes in terms of performance and cool factor.

Do you want to get the Best Kobe Bryant shoes for basketball if you are on a budget? If YES, Read More.