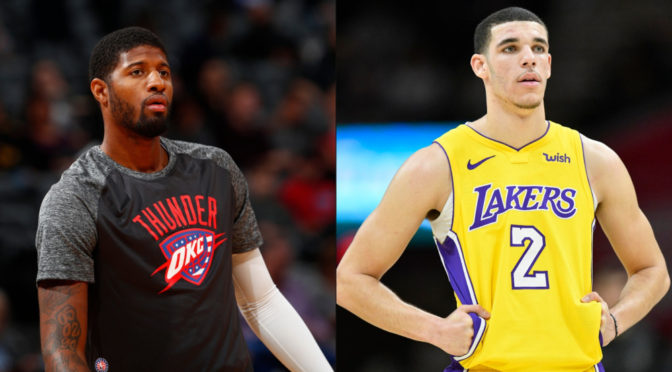 Russell Westbrook suffered a terrible ankle sprain late in the game against the Pelicans and will likely be a scratch Wednesday versus Cleveland. That would mean PG13 will be called upon to carry more of the load which he is not a stranger of. He may not be scoring much over his last 5 (17 points per game) but all the other numbers (7.2 rebounds, 5.4 assists, 2.6 steals, and 1.4 blocks) are superb. Without Westbrook, expect George to look for his offense more.

Niko has been very consistent this season playing so well even on the road. He is only one of two NBA players right now who is averaging at least 21 points, 11 rebounds, and two 3 Pointers Made. The other one is Blake Griffin.

Speaking of consistency, the Bulls rookie big man appears to have figured the NBA game out. He has registered double-doubles in three of the last six with 3.2 assists, 1.3 steals, and 2 blocks a game during that same span. Chicago is very thin in the frontcourt right now but even if Lauri Markannen and Bobby Portis returns, WCJ has proven he belongs.

Hield has been playing out of his mind lately and with 5 straight 20+ outings over the last six, he is proving it’s no fluke. However, the Kings will be playing against a suffocating Raptors defense, allowing opponents to shoot 42.8%, good for fourth-best in the league. As an example, look at Hield’s performance against Milwaukee (league-best defense allowing opponents to shoot only 40%) and that’s probably what he will get against Toronto.

Lavine has just come off a career game (41 points) but can he do that against Jrue Holiday? I don’t think so.

Ball has been too inconsistent to trust this season and it doesn’t help that he has a very capable veteran behind him in the depth chart. His previous matchup against the Wolves only saw him produce 4 points, 1 rebound, and 1 assist so I’ll surely stay away from him this time.