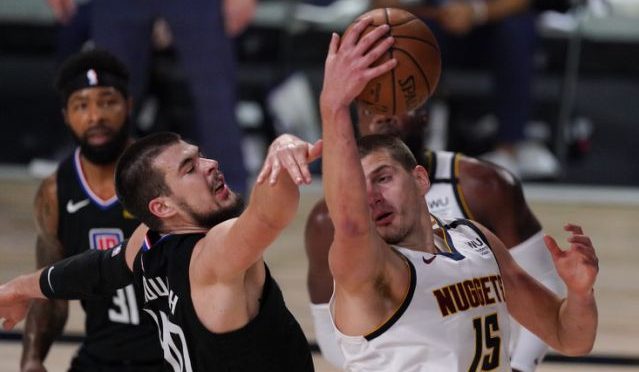 Tuesday’s two-game slate is pretty interesting– one featuring Game 1 of the Eastern Conference finals and another a winner-take-all Game 7 in the Western Conference finals. At first glance, it is easy which game to commit to– and that’s the Clippers-Nuggets series– but at the same time, it could backfire.  A Game 7 will likely feature a tighter rotation and more stringent defense, thus limiting fantasy points, probably except from the big guns.

With that being said, I’d be very tempted to tap the services of Kawhi Leonard based on his reputation as a big-time performer. Paul George actually outperformed him in the last three games, but you know how PG does in big games sometimes.

After Leonard, Nikola Jokic is another tempting pick, but if you’re doing DraftKings, two players at 10,000 bucks could limit your flexibility throughout the rest of the roster. If that gets you worried, take a look at Jaylen Brown, Jimmy Butler, or Bam Adebayo. If I’m playing Yahoo, the scarcity of centers may make me lean towards Adebayo since the only other big-time option at the position is Jokic.

Now, how about some cheap options to round out your roster? Here are some bargain NBA DFS PICKS FOR SEPT. 15:

Harris was very instrumental in the Game 6 win but is generally up and down the whole series. The only positive is his playing time and has played at least 23 minutes in each of the six games in the series. That means he will have plenty of opportunities to do what he usually does.

Herro has been the unsung hero of the Heat and has produced positive things in his stay in the court. Aside from his shooting, he has found his stride setting up his teammates, tallying at least four dimes in the last six games.

The Clippers’ centers are not having a good series but Zubac has been more serviceable than Montrezl Harrell. If I’m feeling lucky, I’d pick Harrell, whose DFS salary has plummeted significantly, but if I tend to be more careful, I’d have Zubac’s services instead.

Crowder has been one of the Heat’s pillars and has been especially solid in the past four games. He has been averaging 17 points, five rebounds, and three dimes plus 5 treys a game over the past three games. The Bucks willingness to give up three-pointers may be a reason for this, but hey, maybe he’s just hot!

Green is a flier and a possible punt play if that’s your strategy. He has been more effective than Harrell and Marcus Morris in Game 6, so he may get an opportunity in this Game 7.