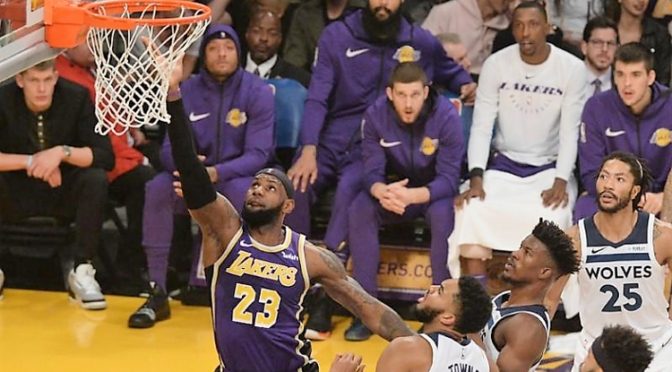 If you have one big-time player to own on Friday, my money is on LeBron James. The Lakers are losers of three straight and it will be their first time back at home after a four-game road trip so James will be looking to put on a show. He is averaging 26 points, nine rebounds, 7.6 assists, a steal, and 2.2 3PM over the last five games. Scary thing is, we know he’s capable of doing more.

Smart has been a fantasy gold mine for the Celtics the past two games, averaging 16.5 points, six rebounds, four assists, and 3.5 steals while making eight treys over that same span. His scoring can be terribly inconsistent but he can do many things on the court that he can still put up fantasy points.

Speaking of piling fantasy points without necessarily scoring, Nance has been doing exactly that for the Cavs. He is accountable for 9.8 points, 11.2 rebounds, 6.4 assists, 2.4 steals, and 1.2 blocks over the past five games. Over that span, LNJ has accumulated over 40 fantasy points in all but one game.

If not for the fact that he is officially questionable for the Lakers game, I’d put AD over LeBron on this one. He went to the locker room twice in the loss against Milwaukee so he might be feeling worse after forcing the action but even if he can go Friday night, he may not be 100%.

The Raptors draw the Cavs and they are 12.5-point favorites on this one, meaning this game will be likely to be a blowout in favor of Toronto. If you want to roll the dice on Leonard, just hope the Cavs make this a competitive game so the Klaw’s potential will be fully unleashed but I’m not counting on it.

KAT is rolling lately but he is averaging a mediocre 12 points, 10 rebounds, 4 assists in two previous losses against San Antonio. Look elsewhere for a more positive outlook and there should plenty of options in a 10-game day.