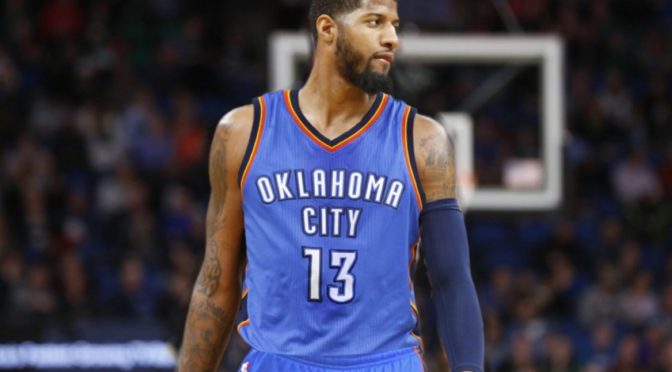 Oladipo has been a monster this season and has just set career-highs in rebounds and steals in back-to-back games. The former Hoosier has topped at least 40 FP in 5 of his last 10 plus they will be facing a Raptors team that is among the league’s worst in stopping opposing shooting guards.

PG has been on a roll the last three games including back-to-back 50FP games against New Orleans and Golden State. WIll he keep that up? He will have his chance at the Pistons, who is in the bottom seven in the league in defending the small forward position.

Gordon has been up-and-down as of late, but given the right matchups, the athletic forward will explode. Aside from the 44-FP outing against Minnesota a couple of days ago, guess who they’re up against in his last great statistical game? Yes, it’s the Boston Celtics, whom he had 18 points and 12 rebounds back on Nov. 5.

Without an ailing Mike Conley, Mario Chalmers is the main ballhandler for Memphis in the past 5 games. Conley won’t be available for the next two weeks, the 29.9 fantasy points he is averaging in the past 5 is going to be the norm for Chalmers.

Reliability and consistency is Adams’ forte so more often than not, he will get his usual 13 points and 8 rebounds with solid defensive numbers. He is not going to be flashy, but boy is he effective.

Chandler was no good at all after being thrust into the starting lineup in the Houston game, but will he be that worse again? Chandler has been underperforming in this campaign and is coming off a sore back but the 27 minutes he got indicates he must be fine. Memphis is a strong defensive team especially in the frontcourt but I can’t help but gamble on Chandler’s ceiling now that he is starting.

Note: All stats and salaries are from DraftKings.com.