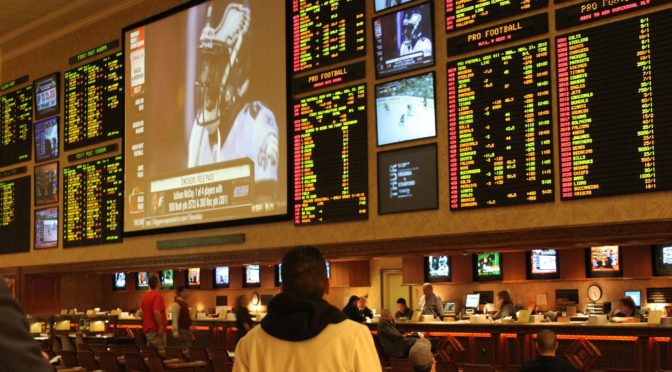 Daily Fantasy Sports (DFS) – More specifically Daily Fantasy Basketball is more alchemy than an exact science, but it definitely does not mean you need to rely solely on luck if you want to rake in some easy money. One of the artilleries you can use in these wars is NBA betting odds.

Is this really something that you can rely on moving forward? Again, NBA betting is NOT an exact science but one thing about our guys in the desert is that they are RARELY wrong. EVER. Sure, there could be random explosions here and there by JaMychal Green or Ryan Arcidiacono but generally, NBA betting odds have their business down to pat.

That said, for beginners, you may need to familiarize first with NBA betting terms before getting to the best part. Here are some basic terms we can start with:

By considering the information above, you can now pretty much predict what will transpire in a game. As I have pointed out before, probably the best weapon to use is the Over/Under or the Point Totals.

The first thing you have to evaluate is if the projected O/U by a team is high or low. A low O/U is 205 points or below and these games usually involve teams that play at a slow pace. (According to NBA.com, the Grizzlies, Rockets, and Cavs are the slowest teams in the league, using only about 96 possessions in a game.)

However, you don’t have to avoid a grind-out game entirely. You may want to pick rebounders and defenders, maybe like a Tristan Thompson for Cleveland or a Marc Gasol for Memphis. Conversely, you may choose to avoid shooters and scorers for these games.

On the other hand, fantasy-friendly games usually involve teams that play at a blistering pace. According to NBA.com, the Hawks and Kings prefer to do their business at breakneck speed (about 106 possessions per game) while the Pelicans, Bucks, and Lakers round out the top 5. If these teams play (especially against each other), the Point Totals prediction is usually 206 and above. It would be for your best interest to “stack up” or pay superstars that play in these fast-paced games.

While Points Totals are usually good indicators of game flow, it wouldn’t hurt looking at projected Points Spread to predict whether a game may be close or not.

Case on point: If the Milwaukee Bucks (with a league-leading 10.5 net rating) plays the Chicago Bulls (league-low -9.2 net rating), there is a good chance Giannis Antetokounmpo and Khris Middleton checks out in the third quarter, and NEVER return if the game is already decided by then.  They may still get their fair share of fantasy points during their playing time but it’s probably less than say, Blake Griffin, playing nearly 40 minutes in a close game against the Mavericks.

While large point spreads generally hurt starters, the bench is a beneficiary in these situations. Many of them will see extended minutes of garbage time and makes good punt plays in certain formats.

In Vegas We (Exclusively) Trust?

While NBA betting guys in Vegas are really, really good at what they do, trusting on your instinct will serve you well at times.

IS this a potential revenge game (Julius Randle returning to LA or Jabari Parker seeing the Bucks for the first time in a Bulls uniform)? Who’s playing back-to-back?

By trusting your own intuitions and research backed by a healthy amount of tips from Vegas NBA betting guides, your forays into the world of NBA fantasy basketball will surely be more day than night.