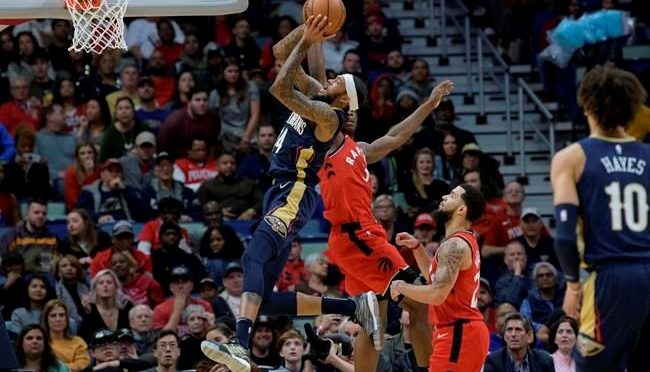 Season-long fantasy basketball is a tricky business that combines foresight and sheer luck. The most important key to winning your league is, not on the first two rounds or a midseason stash, but somehow finding someone that vastly outperforms his Average Draft Position (ADP). You do that and you win your league. That’s it. Show’s over.

Now, if you have one or two or three of these players, you definitely are among the top teams in your league. If you don’t get lazy and set your lineup night in and night out, you have this on the bag.

Here are the members of my ADP All-Star team:

Fred VanVleet is the reason why we shouldn’t trust PER so much in terms of measuring the impact of a player. Listed as a shooting guard over at ESPN, FVV only has a PER of 16.68, lower than Andrew Wiggins and Norman Powell. If you count him as a point guard, like I do, his PER is worse than Jordan Clarkson and T.J. McConnell. I mean, really!

However, in terms of pure fantasy impact, VanVleet is up there among the best point guards in the league. His fantasy line so far this season is better overall than Ben Simmons, Trae Young, or Kemba Walker. His APG is better than Chris Paul‘s. His steals per game average is better than any other NBA player not named Ben Simmons and Kris Dunn. His 3PM a game is better than CJ McCollum.

I did not look into FVV a lot in the last offseason and the time of the draft but that will surely change once the smoke clears.

He is not even in the top 20 among shooting-guard eligible players but he is not supposed to be. In the preseason, he’s supposed to go undrafted, since he’ll probably be competing with Jamal Murray, Nikola Jokic, and Gary Harris for touches.

Well, what happened was, Harris regressed a mile and Barton kept starting games for Mike Malone and producing at a high level. Will The Thrill is fifth among SG-eligibles in rebounding and is one of only three players in the entire NBA who is averaging at least 6.5 rebounds, 3.7 assists, 1.8 3PM, 1.1 steals, and 0.5 blocks a game. The other two? James Harden and Kawhi Leonard.

If that’s not elite company, I don’t know what is.

BI was recently named an All-Star but if you remember his preseason fantasy projections, them so-called experts think he should be picked in the 10th round! I mean, I did get Ingram at the 10th round in one of my Yahoo leagues, so it’s no surprise that I’m only 4.5 categories behind first place.

The leap Ingram has made in his third season is INCREDIBLE, to say the least. He went from the skinny guy from Duke who was compared to Kevin Durant to almost like KD himself. I mean, Ingram is the ONLY player currently averaging 24.9 points, 6.4 rebounds, 4.2 assists, 2.5 treys made, 86% shooting from the line, and 47% shooting from the field.

Collins’ preseason ranking (30th) was sort of steep in retrospect. That was because Collins only averaged 0.6 blocks and 0.4 steals from the power forward position. Many thought that’s not enough even though he has the potential to be a 20-10 guy.

Not surprisingly, Collins is the only player currently averaging at least 20 points, 10 rebounds, and 1.3 treys made with such percentages from the floor (57%) and the charity stripe (81%). I repeat: Not only at his position but he is the only one doing that in the whole NBA!

Many, including myself, have written off Whiteside as a has-been but we were wrong. Dead wrong!

His averages last year with Miami was not bad, but chatter about his attitude and immaturity did hurt his value a little. From what was thought of him as a late sixth-round value, Whiteside decided to be a force and is currently seventh in Yahoo rankings. Jusuf Nurkic is said to be a month away from returning but I don’t think he could hurt Whiteside’s value that much.

To put Whiteside’s fantasy impact on perspective: He is the only player this season to average 14 boards and three blocks on 71% FT and 61% shooting clip from the floor.