Happy New Year everyone. The start of the 2017-18 NBA season was for me, hoping to continue the trend as the calendar rolls over into 2018. Here are some must plays for Monday night. 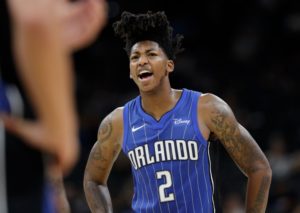 Elfrid Payton has been playing very well the past couple of games. His FPPG is 29.8, however, in the last 5 games that average is up to 40.6. He is matched up tonight against Spencer Dinwiddie. Dinwiddie has done a great job filling in for the injured D’Angelo Russell, but is a bench player that is playing over his head. Jeremy Lin would be getting these minutes for the Nets if he weren’t injured too. I am banking on Payton winning this matchup battle. $7,100 is on the higher end of his salary range, it’s that high because they are playing the Nets. 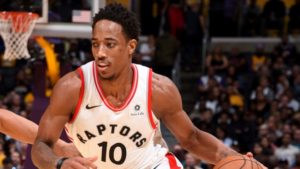 DeRozan is my lock of the night. His main match up tonight is Tony Snell. No disrespect to Snell, but he is not the same All Star Caliber player as DeRozan. Shooting Guard is the weakest position for the Bucks, DeAndre Liggins and Rashad Vaughn round out the Depth Chart. Big night from DeRozan.

Here is my value pick of the night. Valentine will be getting the start against Evan Turner. Small Forward is a weak position for the Blazers, Maurice Harkless and Jake Layman are coming coming off the bench. Valentine is slightly undervalued at $4,500, I think he is a good pick to free up some salary and get 20+ fantasy points.

Using the Power Forward slot to pick up Biyombo. He is starting at Center in place of the injured Nikola Vucevic. Biyombo is a shot blocking machine, and he will be able to physically wear down Tyler Zeller in the low post. 10 points is reasonable to expect from Bismack, and 10+ rebounds should be penciled in before the game. Getting the Double Double bonus points makes up a little for blocks only counting for 2 points. This is the highest salary I have seen Biyombo priced at, but it is earned, I am not afraid to take him at $5,600.

Nurkic has a clear match up advantage against the Bulls tonight. Robin Lopez will be starting for the Bulls, and they are on the second game of a back to back. I like to look at Centers playing against Centers on the second of a back to back. These guys are in peak physical shape, but clearly the guy with an extra days rest will be fresher. You can count on 30+ Fantasy Points from Nurkic tonight. He can be a low post presence on offense, but can also step out to the perimeter to hit a three or run a pick and roll/pop with his 2 great Guards. $6,800 is a decent salary for Nurkic, I would definitely pick him up tonight.

If you draft these 5 players in the first 5 slots, you will be left with an average salary of $6,100 remaining for the G, F and Utility spots. Good Luck with your lineups.