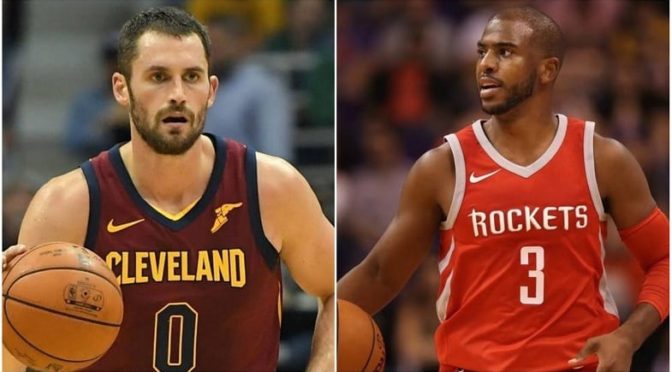 We know it’s only a matter of time before Chris Paul gets himself in the groove of things and that time appears to be now. With James Harden out of the lineup, CP3 will carry the fight for the Rockets against Atlanta, the same way he did versus Golden State. By the way, CP has had two 50-FP games in a row and here’s to hoping he’ll make it three.

Love torched the Grizzlies with 32 and 12 in only 26 minutes which means even if he has some sort of a minutes restriction, he will probably still be the walking double-double that he is.

MBIII produced three 40-FP games in the last four and with the Kings fighting for a playoff spot, their young guns will go all in from here on out.

BI has strung up pretty impressive games lately especially scoring-wise. He is averaging 23.5 points and 7 rebounds over his last four and may continue to see more volume and usage with Lonzo Ball out for the foreseeable future.

Boban flopped badly against Portland as the Blazers looked to run him out of the court but he may do better against the Pelicans’ Jahlil Okafor. If he does flop again, well, his salary is on the bare minimum so you can probably let that go.

Johnson is arguably the second-best backcourt guy in Phoenix behind Devin Booker and that should be enough to pick him up in DFS (or even season-long leagues). He has had two straight good games and he is playing a lot of minutes, so we might be on to something here. And oh, he will be facing his former team so there’s an extra motivation for TJ.