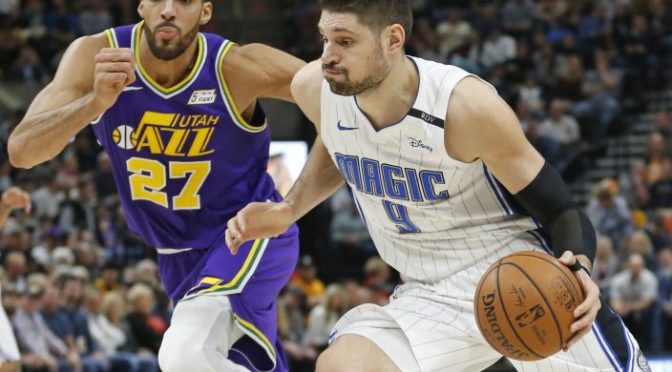 It’s a sad day for the NBA right now with the passing of the legendary Kobe Bryant. As someone who has followed the guy’s career– the peaks, the valleys, and everything in between– there are no words to describe what happened. It’s just tragic.

Anyway, as Kawhi Leonard puts it, he would have wanted everyone to still ball and be great at it, so let’s go right on and play.

Here are some more for Monday:

Gobert has now topped $40 at Yahoo and 9K at DraftKings so I’m going to see my options before selecting him. I have selected DeMar Derozan in the past and he still could very well be an option after averaging over 41 FP at DK over the past six games. For guards, aside from Derozan, I am very high on Donovan Mitchell, who’s averaging 28.2 points, 4.8 rebounds, three assists, and 1.4 steals a game on over four treys made a game. What’s better is that Mitchell is only worth $7,900 at DraftKings.

For big men, I will take a long and careful look at Nikola Vucevic, who’s averaging a double-double in the past six games including the terrible loss at the hands of the Clippers. Vucevic’s salary is slightly lower than Gobert in both Yahoo and DraftKings.

Chicago’s health issue rivals that of China right now but that should also mean somebody has to get the playing time and the numbers. For the Bulls, aside from Zach Lavine, Kris Dunn ($21 at Yahoo, $5,500 at DK)has put up some nice games, now coming up with four 30-plus FP games in a row. Tomas Satoransky did have 19-6-6-3 the last time but that’s his best outing in two weeks. That said, I am going for consistency every single time.

I’m still going to put Reggie Jackson in here if he is good to go. Sunday’s absence suggested it was all precautionary so I think he’ll be back in a favorable matchup with Cleveland. Mike Conley ($4,100 at DK) is another tempting name to consider but he is playing just under 20 minutes right now so you can pick him at your own risk.