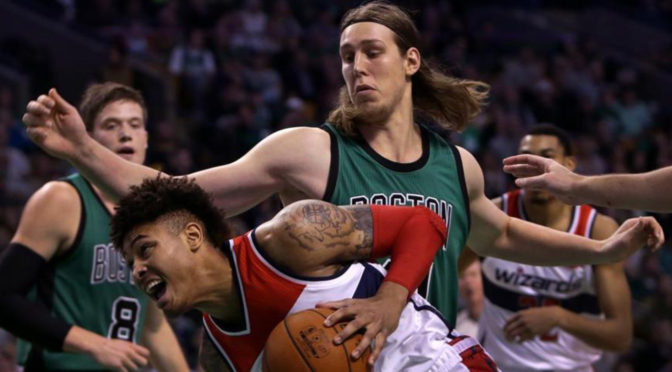 It’s just impossible to win a season-long fantasy league without working the waiver wire as there should be expected bumps along the way. The endless rotation shifts and injuries, however disappointing, is a fact of basketball life.

A wise fantasy owner takes this into consideration and looks for ways to maximize their team’s productions. Sometimes, you have to beat others to the punch but a sage-like owner doesn’t need to: He just looks someplace others don’t.

TJ should be out of the Sixers rotation by now with both Ben Simmons and Markelle Fultz shouldering (no pun intended) much of the ball-handling load. However, since we’re talking Sixers here, an injury to Fultz’ right shoulder gave way to more playing time for McConnell.

Over the past two games, McConnell compiled 17 assists, nine rebounds, and SEVEN steals while scoring 21 points. The score won’t be there but the playmaking and all of the other stuff will make him a really sneaky waiver wire add for the time being. He is still available in 89% of Yahoo! leagues and 96% on ESPN.

Olynyk is a highly serviceable player in Boston, albeit a very inconsistent one. In Miami, it seems like he knows what’s expected of him and he is making the most of his minutes.

Olynyk is just a handful of players that averaged at least one block, one steal, and one three-pointer. On top of that, he also gets you 10.4 points, 7 rebounds, and 2.6 assists a game. He’ll lose some burn with Hassan Whiteside’s return but it looks he’ll be a fixture in the Heat rotation moving forward. He is available in 77% of ESPN leagues and 46% in Yahoo!

Speaking of Kellys, KOJ is another guy who has averaged a 1+1+1 like his namesake. In fact, KOJ averaged 2 three-pointers a game on top of 12 points and six rebounds (1.6 steals and 1.2 blocks). Now, there’s no way he’ll keep the three-point production as it is, but his defensive upside should remain even with the impending return of Markieff Morris.

Kuzma is averaging 28 minutes a night for the Lakers, the fourth-highest in the team. That shows you the confidence Luke Walton has on his rookie and he is rewarding their faith with stellar play off the bench.

Kuz is currently averaging 13.7 points, 4.8 rebounds, 1.5 assists and 0.7 steals. He has also hit at least one trey in each of his past five games although as a greedy owner, I’d want him to at least block a shot every once in a while.

Not that I’m complaining.

The Chicago Bulls are going to be a revolving door of fantasy assets given how shallow their roster is but once Dunn is healthy, I think it’s safe to say he should be among the better options in this team.

It’s still a very small sample size (nothing smaller than one game) but in his debut vs OKC, Dunn registered 8 points, 4 rebounds, 3 assists, 3 steals, and a block. Shooting from outside is obviously not his strong suit but that kind of multi-dimensional production from the wire should not be ignored. He is still available in 62% of Yahoo! leagues and 93% on ESPN.