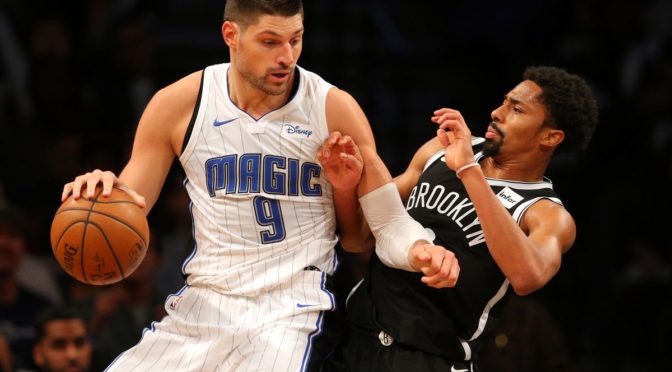 Tonight is a Ten game schedule. The more choices, the more doubt creeps in with your pick. Here are 5 picks to help get your lineup jumpstarted.

Nice value pick here. Jamal Murray scored a season high 31 points the last time they played the Pelicans. Not a whole lot of defense is going to be played in this game, the Nuggets won 146-114 last game, I don’t think both teams will tighten up on Defense over night. 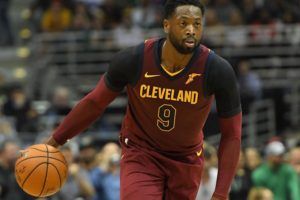 I am using the PG slot to take Dwyane Wade. He seems to have found some life in those old legs. He is averaging 25.5 FPPG, however, in the last 5 games that average is up to 33.4. He is able to hit 1 or 2 Threes a game, and has been averaging 1 steal and 1 block in those 5 games. Wade will easily get 30 FPts tonight, that is good production from a salary under $6,000. 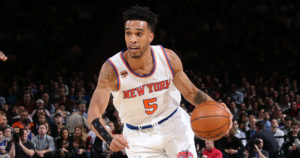 Courtney lee is the starting SG for the Knicks, but the ball is going through him when he is on the court. Lee is another player that has a hot hand. Last 10 games he is averaging close to 32 Minutes. He can get into a groove quick, he scored 19 in a Half earlier this year against the Hawk. Another steal at $5,200. 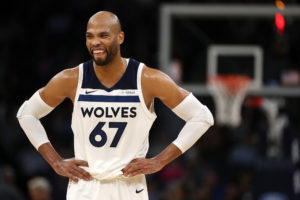 Taj Gibson has deserved his salary bump. I loved picking him up at $4,900 and getting 30+ points from him, but he is properly priced now. Tonight, however, he is a bargain because of the team they are playing. Clippers are without Blake Griffin, so Montrezl Harrell will be getting the starting minutes. Gibson is averaging 30 FPPG over the past ten games, I think he may get close to that at half time.

This is my pick of the night. Vucevic has been great lately, and the Hawks are decimated at the Center spot. Dedmon is out, Mike Muscala is also on the DL, which leaves Miles Plumlee as the only Center. Their Power Forwards are injured to, John Collins is out, leaving only Ilyasova able to play some minutes at Center. Babbit is to small, so he will be getting a lot of play at the PF, and even he is Questionable for tonight. Vucevic is going to walk all over the Hawks in the paint, he can also step back and nail 3s, he is also averaging 2 blocks and 2 steals in his past ten games. Make sure you take him.

Those are my 5 picks for the first 5 positions. These 5 picks leave you with a remaining average salary of $6,700. If Babbit plays, take him at $3,800, leaving plenty of funds for Aaron Gordon at $8,10 in the Utility slot. That leaves $8,300 for the final Guard selection. Thats just one possibility you can do with these 3 spots.

Hope everyone gets a chance to play and use my tips. Make sure to Follow me on Twitter @DFSBBallGuy. Free NBA Lineups daily.