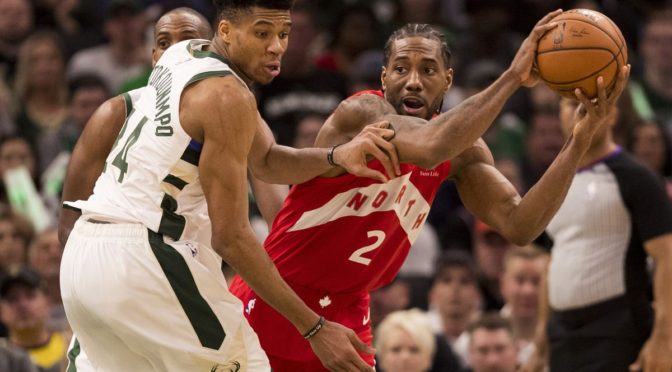 I mean, this playoffs is all about this guy so we might as well talk about him first.

*He shot 90% from the stripe in 51 attempts in the series while in comparison, Giannis Antetokounmpo shot 60% on 50 attempts.

*He is on pace to become the third-leading playoff scorer in Raptors franchise history behind Kyle Lowry, DeMar Derozan, and Jonas Valanciunas. He only trails JV by 10 points and Kawhi only played 17 post-season games for Toronto.

*He has an outside shot to shatter Michael Jordan’s single post-season scoring record. MJ is the all-time leader with 759 points while Kawhi is at 524, a differential of 225 points. If he can play seven more games and average 33 points, he will re-write the record books.

Lowry played another beautiful game finishing with 17 points, seven rebounds, and six assists. He also is the all-time playoff scorer for the Raptors with 1,126 points on 66 post-season games.

The Raptors have lost only one Game 5 since 2014, the Lowry era. That one loss came in 2018 against LeBron James’ Cavaliers. Over that span, Toronto is 8-1.

Since Steve Kerr took over, the Golden State Warriors have won 11 playoff games where they were down by at least 15 points. The rest of the NBA has FOUR wins.