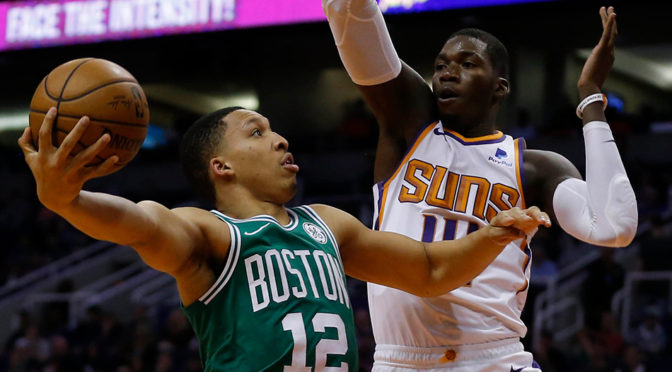 The Suns frontcourt is razor thin right now with DeAndre Ayton and Aron Baynes out, leaving room for Frank Kaminsky and Diallo to step up. Over the last two games, however, Diallo is outplaying Frank the Tank by a mile, getting 17 points and 10 rebounds vs Washington and 22 points plus six rebounds against Denver.

I have listed Magic’s Mo Bamba in here over the last few days and while he is still an option at C, his price has gone up a little bit. Moreover, Orlando will be playing Toronto’s stingy interior defense which may not bode well for Bamba. If you’re looking for someone much cheaper, Diallo is your guy.

It ain’t no fluke, people!

You know you’re good when as a rookie, you find yourself in the team’s rotation playing 30 minutes a night. Herro has been a hero of sorts for the Heat, averaging 15-4-2 for the season. In the past five games, he’s good for 29 FP a night capped by a 22-8-3 performance against Houston.

The Latvian sharpshooter has been pretty consistent over the past 10 games, and much more so in the past five which he averaged 31.6 FP a night. The only problem I have is they’ll be playing the Lakers which ranks eighth for the season in opponents 3PFG%. If the Lakers runs him out the three-point line, it’ll be a long night for Bertans.

Boucher is more of a coin toss than anything but if he gets close to 20 minutes a night, he’ll reward you with strong numbers. In the last outing against the Magic, Boucher played 20 minutes and responded with a 14-point, 11-rebound performance.

Sato has emerged as one of Chicago’s better scoring threats as of late, scoring in double digits in four of the last five games. Over that span, he has also handed out at least five assists and has averaged over four rebounds a game.