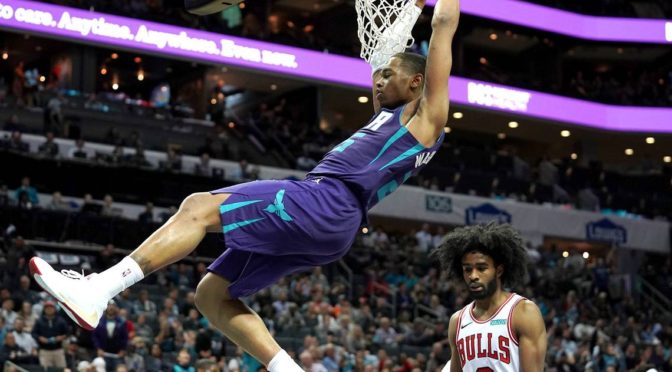 It will be just a four-game Tuesday which means it’s going to be a little hard finding bargains for your daily fantasy team. Let me point you in the right direction by bringing up these 5 names that can potentially save your night:

“Consistent” is not what you would call PJ Washington’s fluctuating statistical contributions but against a Washington defense (or lack thereof and no pun intended), he might just as well be Giannis for the night.

OK, that might be an exaggeration, but the point is, Washington is your guy against, well, Washington (Wizards). Cringe-worthy puns aside, PJ already had three 30-minute nights in a row up to this point and could very well be into a fourth.

If he can dodge foul trouble early, Washington will reward with some nice numbers on a pretty below-average salary. A word of caution: Do your due diligence and check before tipoff since he is suffering from a minor right ankle sprain. But as of the moment, signs are he is good to go.

If you’re not seeing the pattern already, you may want to target majority of your players from the Wizards-Hornets matchup for obvious reasons.

Without Thomas Bryant for the foreseeable future, Wagner has played at least 22 minutes in four of the last games. The Clippers game is an aberration since it’s a blowout but aside from that, Wagner is averaging 11.3 points, 7.5 rebounds, 2.2 assists, and 1.2 steals in six games.

Like PJ Washington, the only thing that could potentially hold Wagner back is his penchant for picking up fouls in a hurry.

Thybulle went berserk with a career-high 20 in the last outing with three assists, three steals, and a block. However, with Josh Richardson questionable to play against Denver, you can scratch Thybulle out if Rich is ready to go.

Playing over 30 minutes in each of the last three games with Isaiah Thomas nursing a calf strain, Smith has responded big: 16 points, 2.7 rebounds, 6.7 assists and two treys made.

IT will not be available for another week so feel free to plug in Ish Smith in any of your lineups.

Judging from the salary alone, Baze looks like a legit streaming option for Yahoo but you can definitely do a lot better for his price range at DK.

He has not had much impact statistically but he will have plenty of opportunities to do so with Rodney Hood out with an Achilles injury. Baze played 36 minutes vs OKC although his line leaves a lot to be desired.