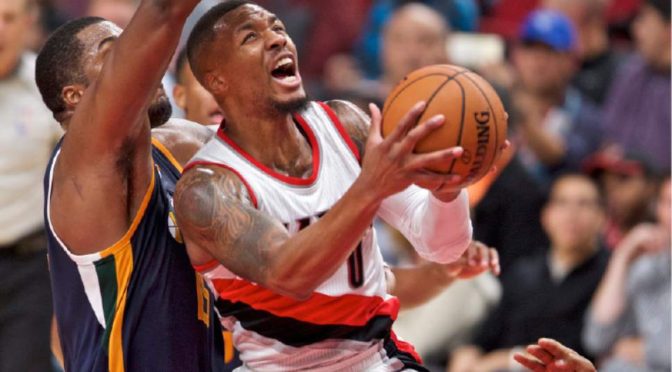 Damian Lillard’s franchise-record 59 points vs Utah is all the buzz right now but the real awesome stat for Dame and the Blazers? Lillard had ZERO turnovers in 42 minutes and the team had a total of THREE.

2. Speaking of the Portland-Utah game…

…Joe Johnson reached the 20,000-point plateau. He’s the 42nd player to do it and the seventh active player to have that many points only behind Dirk Nowitzki, LeBron James, Paul Pierce, Carmelo Anthony, Vince Carter and Dwyane Wade.

Bucks clinch & Greg Monroe makes playoffs for the 1st time. Casspi will be new active leader in GP w/o a playoff appearance. Boogie next. pic.twitter.com/vnC8hvgFk5

The Warriors this season score almost 118 points per 100 possessions with Steph Curry on the floor and 102.4 when he’s off it.