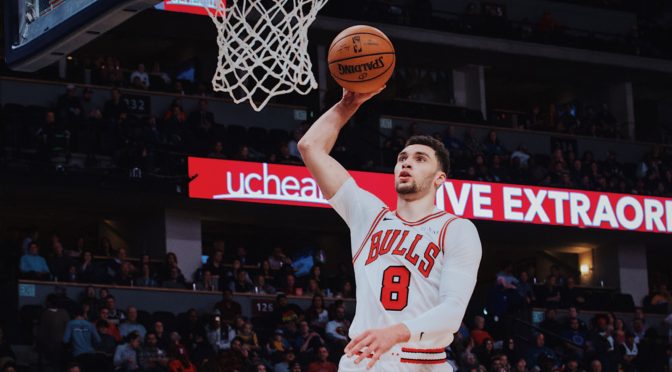 Siakam had a solid night against the Rockets but I thought Pascal was going to have bigger night offensively. He still finished with 24 points with the Rockets were playing him great defense against him. It’s a testament to how well he has played all season that a 24 point game is just another night for him. I can live with 43.75 fantasy points out of a slightly undervalued Siakam.

Barton and Millsap both had disappointing games. The Nuggets bench had a lot of run against the Knicks in a blowout last night. Barton only had 24 minutes and Millsap had 22. Barton put up 17 but added almost nothing else and Millsap scraped together his numbers with a few blocks and 10 points with 6 rebounds. At least they were in the ballpark of their fantasy average.

I ended up going with Embiid and he had a huge game. He had a double double at halftime and he handed up with 26 points and 21 rebounds. Embiid has been murdering teams since laying a goose egg against the Raptors, Depending on his salary next game he is worth a look.

Thursday was an off night, hoping to rebound with this 10 games slate.

The Bulls aren’t going to be competing for a championship any time soon, but they are at least an entertaining young team to watch. LaVine is one of the reasons why I have been watching some Bulls games on League Pass. He has been on fire from 3. LaVine went off against the Hornets for 13 threes, only one shy of tying Klay Thompson’s NBA record. He is shooting 41.5 from 3 this season on 7.2 attempts, he is up to 46% over the last 5 games. Golden State continues to be the worst team defending the perimeter, opponents are shooting 39.8% from deep. LaVine is priced where he has been for the past couple of games, $7,800, at the price he is a lock for me.

from the free throw line. Gallinari has scored over his fantasy average in 5 of the last 7 games, which makes his $6,400 salary even better, he was $6,800 last game and $7,100 the game before. The Timberwolves are not one of the best defensive teams in the league, they give up 115 points, I think Gallo will put up a big night at home.

Duncan Robinson and Tyler Herro have been two great young players for the Heat this season. Herro has been playing 30 minutes regularly and has multiple 20 point games and Robinson has looked comfortable in the starting lineup lately. Herro has been getting less minutes the last few games and his production has suffered, Robinson is going the other way, scoring above his fantasy average in 5 straight games. The only problem with Robinson is he is just a scorer at the moment. He is shooting over 51% from 3 over the past six games, but he is only averaging 1 assist and 3 rebounds over the same time period. Robinson is averaging less than an assist a game for the entire season, any other stats from Robinson is a bonus. Teams haven’t been having a hard time scoring against the Wizards this year, I am hoping that Duncan will go off tonight for a big game. $4,600 is a good value.

There are a couple more players I am strongly looking to add to the lineup. I missed the boat with Devante’ Graham. I kept seeing him listed in the hight $5,000s then he creeped into the $6,000s, When I saw him at in the $7,000s I thought he was a little overvalued. I was wrong. Last game was his big breakout game for everyone to notice how well he has been playing this year. He drained 10 3s and finished with 33 points and 63.25 fantasy points. If you want him tonight you’re going to have to drop $8,300. Dennis Schroder is another player worth a look. he has been great coming off the bench for the Thunder and now he is starting at the 2 while SGA moves to small forward. $5,700 is a good salary for Schroder.