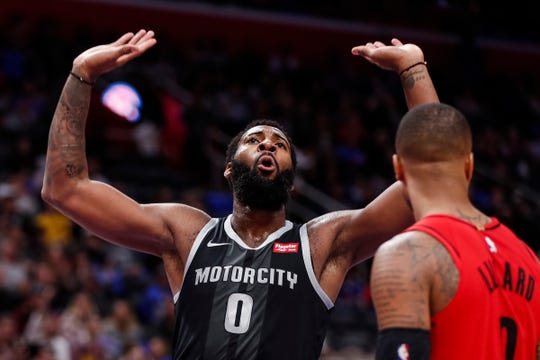 Simmons had a great 1st half against the Bucks. He filled the stat sheet scoring 6 points, he dished out 8 assist and grabbed 3 rebounds. He also had 2 steal and 1 block. Unlike most of my picks who have a hot first half, Simmons continued to roll in the second half. He surpassed his fantasy average by 15 points.

Lou Williams had a bad game. He had 9 fantasy points at halftime and finished the game with 21 fantasy points. Lou didn’t shoot, he went 1-6 from the field, he only attempted one 3 and he was 4 of 6 from the line. He played 29 minutes off the bench but he just couldn’t score. He averages 19 points a game, if he would have hit that he would have surpassed his fantasy average. Don’t know what else to say, he was a steal tonight at $5,800, he just didn’t produce.

Kanter had a great game against the Raptors, he had 12 points and 6 rebounds at halftime. He  only played 6 minutes in the 2nd half, collecting 5 rebounds, and stayed on the bench with the starters while Theis played some extra garbage minutes in the blowout. 27.75 in 18 minutes is a good result.

I started out Christmas Day with some good results, had a few players in the BOS/TOR game an Simmons played well in the next game. My players under performed, other than LeBron, in the other 3 games. Here are 3 players to build your DraftKings lineup around on Thursday.

Drummond is expensive today but he is going to have a huge game against Washington. Luke Kennard is out and Blake Griffin is a GTD, Drummond will be looked at for more offense. Last game he dropped 27 while still getting his other stats, I think he will fill that stat sheet tonight against the Wizards for a huge game. Washington is really banged up, Mahinmi is getting the start at center while Schofield is starting at PF. I am hoping Drummond will continue to score against the banged up Wizard’s front court. I have been burned by Drummond the last few times I have taken him. He finished in the 30s for his fantasy points but he saves his single digit scoring nights for whenever I have him. I think the Wizards are a perfect team to play for Andre to continue his good offensive play.

Fox has played well since returning from injury a week ago. He has has beaten his fantasy average in 3 of the 4 games he has played in, dropping 31 his last game against the Rockets. Minnesota has been disappointing this year. They are currently the worst team in the league, they have lost 11 straight games and have fallen all the way down to 13th in the Western Conference. I like Fox’s matchup against the revolving door the T-Wolves have been throwing out at PG. Shabazz Napier is a GTD, Culver has been getting his fair share of starts and Teague has been coming off the bench for his minutes. Minnesota gives up 117 points a game, Fox has a lot of weapons on offense he can spread the ball around to and he is averaging 18.8 points a game. I think Fox is a good price at $7,000, I think he is going to go for a 20+ point double double tonight.

Svi is a good, cheap option to pair with Drummond tonight. Mykhailiuk has been getting more minutes for the Pistons because of injuries, he played 32 minutes last game and 13 points and 23.5 fantasy points against a very strong Sixers team. I think Svi is going to have a better statistical night against the Wizards on Thursday. He will be one of the only offensive weapons for the Pistons so I am hoping he will get hot from 3 and put up a big game. I can’t pass on the price, he is $3,700 and as long as he stays out of foul trouble he is almost guaranteed 25+ minutes tonight against the Wizards.

Those are 3 players I am locking into my lineup. Drummond and Svi are on total opposite sides of the salary scale, if you use the three players I said you will be left with $5,860 as your average player salary to fill out the rest of your lineup. Here are a few more players I am looking at. Elfrid Payton is putting up numbers since he has been starting for the Kicks, he is only $5,300, that is a steal for what he has been producing recently. Richaun Holmes is a good option agains the Minnesota. He is only $5,800, he has surpassed his fantasy average in the last 3 games and KAT is a GTD. If Dieng gets the start I will be play Holmes.