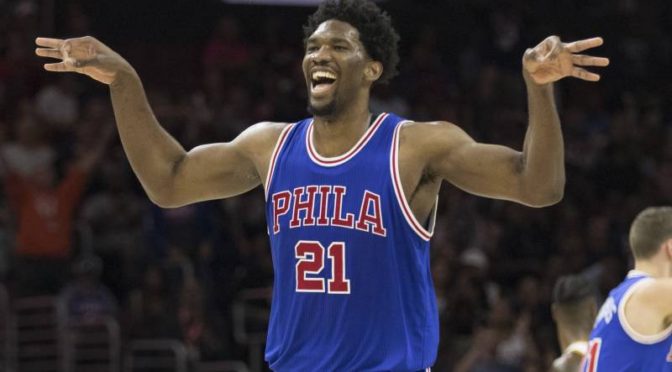 I loved this Gobert pick going into the game, then Atlanta put Bruno Fernando in for Jones and I got my hopes up even more. I was swearing at the tv from opening tip until halftime, Gobert was absolutely TERRIBLE. He couldn’t have tried to play worse, he had 5 points, 2 rebounds, 2 blocks and 3 turnovers at the half. He ended up with a decent stat line, 20 and 13 with 3 blocks, but it could have been so much more if he showed up for the first half.

Joe Ingles had his sixth straight game with 30+ fantasy points, he had 33.75. like Gobert, Ingles had a bit of a slow start, but he grinded to fill the stat sheet. 7 rebounds is good for a guy averaging just over 4, and he also had 2 steals on the defensive end. This was about what I expected from Ingles, I’m happy with the result.

Lou Williams had an awful game against the Rockets. He was ejected 1 minute in to the 4th quarter, he picked up 2 technical fouls arguing a call. In the 17 minutes he played he scored only 6 points, finishing the game with 15.25 fantasy points.

I hate to do it but Bryn Forbes is my first Fredo this season. Don’t get me wrong, Forbes is a good rotation player, he is averaging 12 points a game and he is averaging almost 20 fantasy points…..but he is dead to me.

Every time I pick Forbes he forgets how to basketball. I took him because I loved my lineup and I only had $3,700 left. I was hoping for at least his fantasy average, I wasn’t banking on him dropping 50. Last game he had 18 points and 24 fantasy points, tonight he had 1 rebound at half time. He caught fire in the second half pouring in 6 points. This isn’t the first time it has happened. He got me 15 fantasy points after getting 35 the previous game, and I was beside myself when he dropped 9 fantasy points after exploding for 40 the game before.

I don’t know what it is but whenever I draft him it is a death sentence for my lineup. He is so tempting because he gets a lot of minutes with the Spurs and he is always under $4,500. I have to cut him off, which most likely means Bryn Forbes is about to become the hottest player in the NBA.

I didn’t have my best night with Thursdays 4 games, looking to bounce back with tonights 10 game slate. Here are 3 players I am building my DraftKings lineup around.

Embiid has had a couple of bad looks this season. He was ripped apart after laying an egg against the Raptors, then Shaq, Charles and the TNT crew were commenting on how he isn’t focused enough, too much joking around is affecting his play. Embiid agreed with the comments and said he needs to bare down more. Despite those blips, Embiid is having a good fantasy year. He is averaging 48 fantasy points a game, Joel has scored more than that average in 8 of the last 10 games. He also had 9 double doubles in that 10 game span. Sixers are a big team and the Dallas front court will have their hands full defending. If he has Porzingis on him, I can see Embiid taking more mid range shots and some 3s to minimize Porzingis’ shot blocking ability. If he has Powell on him he will bully him down low more and get his points at the rim or at the line. It’s great to have a guy Embiid’s size that can do multiple things on offense depending on who gets switched on him. $10,000 is a big salary but Embiid has been a sure thing lately.

Brandon Clarke has been one of the steals of the draft. He didn’t even have a lot of attention in Canada heading into the draft. RJ Barrett had a big profile at Duke and was the 3rd pick and Alexander-Walker went 17th to the Nets. A lot of casual NBA fans up north didn’t know anything about Clarke until he was drafted, most of them still have no idea who he is. It doesn’t help that he is coming off the bench for the Grizzlies, but if you watch a lot of basketball you know how good this kid is. Clarke has been destroying 2nd units this season. He averages 25 fantasy points in 21 minutes, last game he had 27 points, 36 fantasy, in 25 minutes off the bench. He isn’t a value pick but $5,600 is a good salary for the way he has been playing, I think he will continue to put up his numbers tonight against the Cavs.

The Raptors are gutted with injuries so I thought I would be able to pick up a good value pick with Serge Ibaka getting starting minutes. DraftKings doesn’t miss a beat, they have Ibaka listed at a RIDICULOUS $7,400 tonight. Ibaka had barely been more the $5,000 all year and they bump him up $2,400 from his last game. That is the most drastic increase I have ever seen and he isn’t worth it even with the increased minutes. On the other hand, Hollis-Jefferson is a good cheap option who will be getting a lot of minutes tonight. He is averaging 8 points and 5 rebounds, almost a steal a game, and he is averaging 19 minutes a game. $4,100 is a good price for Hollis-Jefferson.

Those are 3 players to build around, this will leave you with an average player salary of $6,060. Here are a couple other players I am looking at tonight. Tristan Thompson is a good play tonight against the Grizzlies, he is $6,100. Blake Griffin is a GTD, if he is out Markieff Morris is a viable option at $5,000.