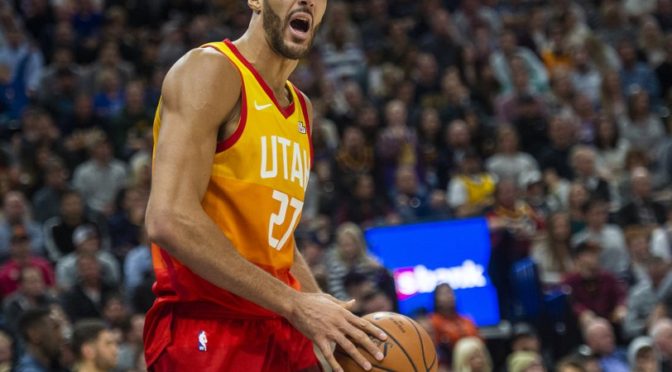 Kemba had a hot first quarter with 16 points but was ice cold in the second quarter not scoring a single basket. Walker’s offensive struggles continued with a 3 point 3rd quarter but then he erupted for 13 points in the final 6 minutes. 45.25 is good for Kemba’s 3rd straight game above his fantasy average, but he could have had a massive game if he could have knocked down a few more shots in the middle of the game.

Gallinari had a disappointing game overall. He had 20 points heading into the 4th quarter but he only grabbed 1 rebound in the entire final period. He missed his fantasy average by 1 point, he finished with 29.75 FPTs.

Culver was scratched after the lineups were locked so it was slim pickings getting a replacement for him. I ended up taking Josh Okogie and he did absolutely nothing. He finished with 8.25 fantasy points in 26 minutes.

Last night was a weird slate to navigate. It masqueraded as a 7 game slate, but the vast majority of people were drafting from 2-3 game. The amount of 60%+ owned players I saw in lineups for a 7 gamer was crazy. Back to a 4 game slate tonight, here are 3 players to build your lineup around.

Rudy Gobert is a safe pick tonight. Gobert has 10 straight double doubles, the last 4 games he has been destroying the glass grabbing 19,16,15 and 17. It’s no surprise he has surpassed his fantasy average in those games with those rebounding stats. The Hawks are very weak at Center. Damian Jones continues to be in the starting lineup despite his horrendous play. Last game he had 2 points and 3 rebounds in 9 minutes against the Knicks. I think the Jazz will take advantage of the match up and pound the ball down low or run pick and rolls down Atlanta’s throat. Alex Len is a good player off the bench, much better than Jones, but he isn’t going to shut down Rudy. Gobert is averaging 14.6 and 14 a game, I think Rudy will go for 20 and 20 if the score will permit him to stay in the 4th quarter.

Joe Ingles was an after thought for a lot of the season. The Jazz picked up Bogdanovic in the offseason and he has taken a lot of Ingles minutes. Injuries had shuffled things around, Utah has moved Bogdanovic to the 4 and Ingles has been getting the start at shooting guard. Jinglin’ Joe has taken advantage of his extra minutes, playing no less than 34 minutes the last 4 games. He surpassed his fantasy average the last 5 games, and 6 of 7. He is averaging 22.5 fantasy points but he has had 40, 31, 39.25, 31.5 and 37.25 over the last 5. Ingles’ salary was $4,500 at the beginning of his run as a starter, now he is $6,000 tonight against the Hawks. Obviously I would like this to be lower but $6,000 is a pretty far price for how he has been playing

Lou was a little inconsistent starting for the Clippers when Beverely was out of the lineup. He continued to get his minutes but the ball was out of his hands more with Kawhi and George  getting their touches and points. Other than Willams closing games in the 4th quarter, he is usually the number 1 option on the second unit. Lou was back to coming off the bench, last game against the Suns he had 20 points and 8 assists in only 23 minutes in a 21 point win. Even though he is a bench player he won’t see minutes in a blowout, he is treated like a starter in that regard. I am expecting Lou Williams to eating up the Rockets second unit early and hopefully be on the court closing out/coming back against Houston. $5,900 is an absolute steal for Williams tonight.

Those are 3 players to build your team around, if you take these players you will be left with an average player salary of $6,760. There are plenty of studs you can take and still have a good amount of salary left. Mitchell looks like a good option against the Hawks, he seems slightly undervalued at $8,000. Also, I think Donte DiVincenzo will have a hard time against LeBron, I can see the rookie getting into mould trouble trying to contain him. George Hill will probably get a lot of play off the bench tonight and he is only $4,300.