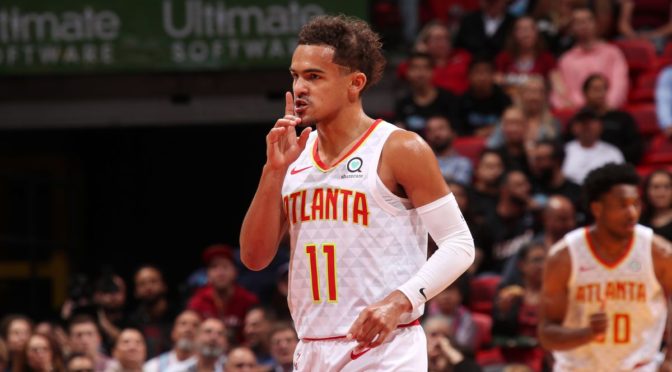 My lineup had the death touch. It wasn’t just my “locks, it was every player except Doncic and Kanter. I had Bryn Forbes, I’m still not 100% certain he was in the arena. Maxi Kleber looked lost on on offense and he was getting bullied on defense. I got another terrible night from Ben Simmons too, he finished with 7 points 6 assists and 8 rebounds.

DeRozan needed 39 minutes and overtime to fall 2 points shy of his fantasy average. This is a classic good game/bad fantasy result. DeMar went 8 for 17 from the field, not a terrible night, and he did have 4 assists and 4 rebounds. Those are right at his averages for the year, but looking at it with a vested interest, it was a rather disappointing result. Also, insult to injury, the Spurs lost to the Cavs.

Jayson Tatum missed his fantasy average by 11 points. He just couldn’t get anything going against the Sixers, he was getting hit shots, but he couldn’t get any of his mid range shots to fall going 5 for 18 from the field. Extremely disappointing night from Tatum.

This had to be one of Tim Hardaway’s worst game as a pro, so thank god I managed to squeeze him into my lineup as one of my locks. I loved this pick, I thought he was getting into his groove as a starter then BANG! 2 points in 25 minutes. He was a waste of space out there.

Looking to get back on track with my locks tonight. Friday has a nice, healthy 9 game slate to look at, here are 3 players you can build your DraftKings lineup around.

Young put up a career high 49 points against the Pacers earlier in the season, now Trae gets to face them at home. The last 2 games Trae hasn’t poured in the points like he usually does, he had 15 points and 13 assists in Chicago and 21 and 9 in Miami the night before. Both games he had 39 fantasy points, it isn’t a terrible point total but Trae was priced in the mid $10,000s and he is averaging 48.2 FPts on the year so he has underachieved a little in the last 2. His salary has dropped quite a bit as a result, he is back down to $9,100. I don’t expect another career high game from Trae but I do think he will have a big game in Atlanta after 3 tough road games in a row.

Clint Capela is having a great year for the Rockets. He is putting up monster numbers on offense and he is averaging career highs in steals and blocks on the defensive end. Andre Drummond is the only player that is rebounding better than Capela, he is grabbing 14 boards a game to go with 14 points. He has recorded a double double in 13 of the last 14 games and he has consistently gotten or surpassed his fantasy average. Clint has been the second best player for the Rockets for most of the year. Westbrook has been hot and cold, he is still putting up stats, very inefficiently, and he has had to completely change the way he plays to try and fit in with Harden. Capela has leaned into his role on offense, his pick and rolls with Harden might be the hardest play to defend in the league. The best result of a Harden/Capela pick and roll is only giving up 2 points, that play gets Harden and Capela a couple of 3 point play opportunities a game. $7,800 is a fair price for Capela, his salary hasn’t changed too much throughout the season.

I am tempting the fates again messing around with a Knicks game. Every Knicks player I draft has the worst game of their career, and everyone I pick against New York gets shut down by the same Knicks players that couldn’t sink a free throw for me. I like Holmes tonight against New York. Last game he ran into early foul trouble so he didn’t have as big a game as he’s been getting lately, but he still had some good totals. His salary tonight is slightly undervalued because of the last performance and the bigger slate. He was $6,300 last game and was as high as $7,200 earlier in the week, $5,600 is a good deal for Holmes

Those are the 3 players I am using tonight for sure, here are a few more I am looking to work into my lineup. I like Sabonis tonight at $8,100 against the Hawks. Sabonis is a MIP candidate, his stats are way up across the board and he has recorded a double double in 20 of the 23 games he has played this year. Culver and Tyus Jones are both cheap starters tonight, under $4,000, one or both will be in my lineup to be able to fit in the higher salaries I am looking to add.