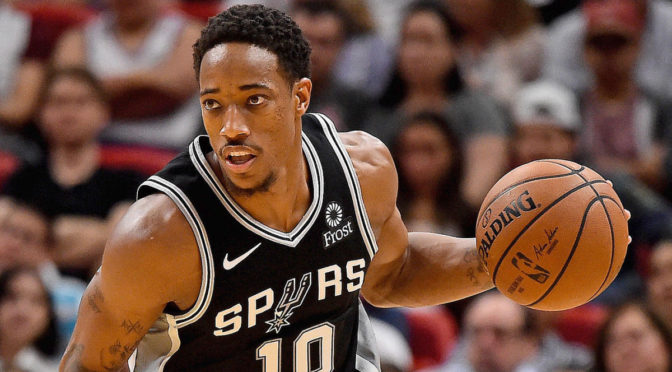 Buddy Hield had a disappointing first half against the Thunder, he had 5 points, 3 rebounds, 1 assists and 1 steal and he was sitting at 12.25 fantasy points (and a snowflake). He ended up catching fire in the second half finishing with 23 points and hitting 5 threes. Buddy picked up his assists and rebounds in the second half too. Hield scrambled around in the final seconds, almost turning the ball over several times, and final found bogdanovic for the game winning 3. 45 fantasy point is a good return from $7,100.

I can’t even blame PJ Tucker’s game on early foul trouble. Tucker picked up 2 fouls in the first 2 minutes of the game but D’Antoni left him in. PJ only put up 8 points and 5 rebounds in 35 minutes. This was a rare bad performance for Tucker given his production over the last 8 games.

Jaxson Hayes had a slow start to the game, he had only 2 points at halftime. He didn’t light up the Bucks in the second half, but he did grind out 12 points, 5 rebounds and his activeness and athleticism lead to 2 blocks and 2 steals on the defensive end. 27.25 fantasy points is a good result from a value pick ($4,100).

It seems like the NBA has abandoned 5-9 game slates this season. We are coming off another big 11 game slate and dealing with a 4 gamer tonight. Here are 3 players I am building my DraftKings lineup around.

DeRozan has been on a tear lately. He hasn’t been putting up huge nights scoring but he has surpassed his 37.5 fantasy point average in 9 of the last 10 games. Don’t get me wrong, its not like DeMar has been putting up peanuts, he has put up 20+ points in 8 of those games, but he has has 2 15 point games in the last 4. He made up for the relatively low point total in those 2 game with 10/9 rebound and he had 7/5 assists. DeRozan isn’t known for his defense but he does average 1 steal a game. The Cavs kept it close with Houston on Wednesday, hopefully the second game of a back to back on the road won’t wipe out the Cavs and they can keep it competitive. DeRozan is $7,300 tonight, he has been priced around there the last few games, I think he is slightly undervalued given his recent games, DeRozan is a lock tonight.

This is going to be a fun game to watch. The Celtics are 3rd in the East with a record of 17-6 while the Sixers are percentage points behind them at 18-7. Philly won their only match up of the season 107-93, it was the first game of the season so there aren’t a lot of takeaways you can use from that game. Tatum has established himself as Boston’s most important player. He leads the team in minutes, rebounds and steals and he is second on the team in scoring with 20.8 points a game. Tatum had 21 and 10 in their first match up in Philadelphia, I think he is going to put on a show tonight at home. Boston will be looking at Tatum to be their number 1 option tonight on offense. Walker has struggled historically against Simmons when he was in Charlotte. Also, Tatum is only $7,100, he has been $7,500-$8,000 the last 6 games so I am scooping up Jayson at this slightly discounted salary.

The Mavericks are one of the best offensive teams in the NBA. They are 2nd in the West, 3rd in the the whole league, scoring 118 points a game. Luka is a big part of that, he is working on a 30 point triple double for the season, Kristaps Porzingis is their second best weapon, KP is averaging 16 a night. After those two, there are 5 players averaging 8 points a game, a bit of a drop off in production but a solid rotation of players. Tim Hardaway Jr. has slowly worked improved his numbers and now that he is getting starting minutes he has shown he is clearly the Mavericks third best option on offense. THJ is getting 13.2 points awhile averaging 24 minutes a game, he will most likely see 30+ minutes tonight in the starting role. The last 3 games that Hardaway played 30 or more minutes he scrored 31,26 and 28. Hardaway is a bit of a risk because he is only a scorer, any assists or rebounds you get from him you can consider a bonus, if he has the ball he is going to jack it up. If he starts slow or hits a rough patch this pick could easily be a bust, but with the way he’s been playing, and now he is in the starting lineup, I think THJ will get his points. $5,200 is a good value.

Those are my 3 locks for Thursday, if you use these 3 it will leave you with an average player salary of $6,080 to fill out the rest of your lineup. There are a few more players I am looking to squeeze in. Simmons burned me last game but he has had success against smaller guards in the past, also he is only $7,600, he could be a good play against Kemba and the Celtics. Also, I like Rude Gay at $4,800 getting the start at PF against the Cavs.