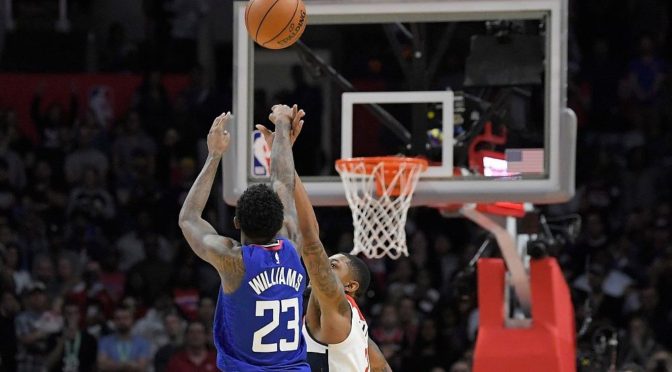 Beal was a bit of a disappoint fantasy-wise against Atlanta the last time out but that’s because they basically blew the Hawks out of the water. That won’t happen against a really good Thunder team on Monday and I’d like to throw it out there that Beal torched OKC for 41 last Jan. 25.

Lou “Not an All-Star” Williams has gone berserk over the past month and he may not be done yet. Word has it that the Clippers has sent Blake Griffin over to Detroit and while LA has gotten Tobias Harris and Avery Bradley in the deal, they need time to learn the ropes. That means Lou Will gets all the usage he can handle which should lead to numbers like the 29.5 points, 2.3 rebounds, 6.7 assists, and 1.7 steals he is averaging over the past month. He has also hit multiple three-point shots in 18 of the last 20 games.

JV is red-hot as of the moment, averaging 19 points, 12.3 rebounds, 2.3 assists, and 2.3 blocks over the past week. He is still just averaging minutes in the 20’s but I think Dwayne Casey is not stupid enough to roll with Valanciunas at the moment.

Guys to round up your roster: