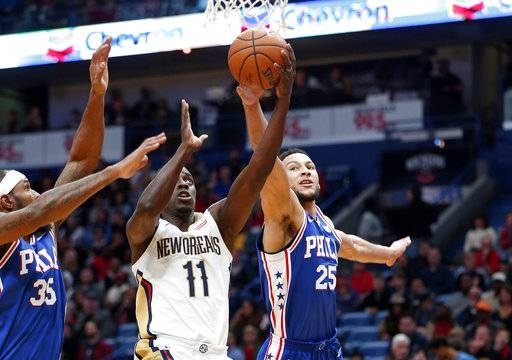 The Houston-OKC tiff is intriguing with a lot of big names but if you want to spread out the wealth with the same ceiling for a huge outing, try Ben Simmons. The Aussie has just torched their would-be opponent Charlotte four days ago with 15 points, 8 rebounds, 7 assists, and a block. It would be nice to add more scoring and defensive stats but that should still be one heck of a stat line.

Holiday has picked up the scoring cudgels with Boogie out and is averaging 24 points, 4.5 rebounds, 6.3 assists, 1.3 steals, and 0.6 blocks in the past 10 games. The Pels will be going up against the Clippers and while Jrue only averaged 13.5 points in their past two meetings, he also put up 7 rebounds, 7.5 assists, 1.5 steals, and 1.5 blocks against the Clips’ defense. Obviously, the scoring department leaves a lot to be desired but Holiday is on a roll now and should continue to be hot going into Tuesday’s game.

Harrell has been on a roll lately, scoring in double figures in six straight and seven of the last eight. His rebounding numbers are somewhat pedestrian, averaging only 4 rebounds but his efficiency from the floor makes up for it.