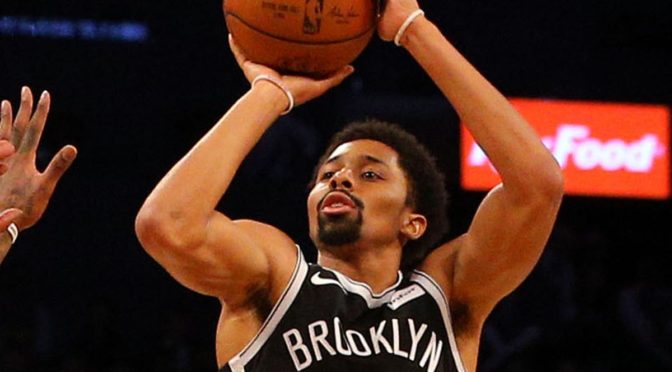 PG13 has been nothing less than phenomenal, scoring at least 25 points in 11 of his past 13 and draining 52 threes during that span. The Thunder will have a favorable matchup against the Sacramento Kings so expect PG to pick up where he left off.

Dinwiddie has arguably been the Nets best player of the season, consistently producing very solid numbers since he took over the starting PG reigns. Even with D’Angelo Russell back, it seems like coach Kenny Atkinson has locked up Dinwiddie’s role and minutes. He responded with at least 27 fantasy points in the past eight games which also include three games of over 41 fantasy points.

Lou-Will has only hit two 3’s in the past two games but he is still getting the minutes even with Austin Rivers back in the fold. He is not anywhere close to the explosions he had in the middle of January but hopefully, the All-Star rest did well for him. Even so, the lowest output Williams has shown in the past 10 was a 29.2-FP outing against Chicago on Feb. 3. High floor, high ceiling.

Fox should be the primary beneficiary of  George Hill’s departure and he has shown flashes of what he can do. However, since Bogdan Bogdanovic is stepping up as well, you can also pick him up for 300 dollars more.

TT has scored 29 FP in two of the past five games and the only deterrent to his value is if Larry Nance, Jr. continues to play well. Other than that, the Cavs are short on big men with Kevin Love on the shelf so Thompson will have his share of minutes until Love returns.

OK, it’s time for some reverse logic. Covington has only hit over 30 FP once this month after a brutal January. It’s either you stay away from him until his shots start falling or predict that Thursday is the day that ends it all.