Now that the NBA has announced their All-Star starters (no true power forwards and centers on both lineups, by the way), we got to follow suit but with some minor differences than the celebrated February classic.

Instead of three “Frontcourt” players, we will be selecting the best 5 from each traditional position and one Utility guy. Here are your 2016 Eastern Conference All-Stars: 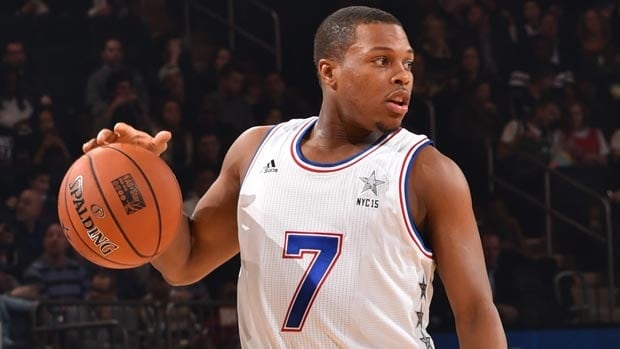 Additionally, the Raptors currently stands at second place behind the Cleveland Cavaliers (while the Wizards is a below .500 team) and that counts, as well.

Butler is playing excellent basketball for the Bulls (22.4 points, 5.0 rebounds, 4.3 assists, 1.8 steals, 0.8 blocks) but as outstanding as his production is, he is even better when Derrick Rose is not around. D-Rose has a penchant of missing large chunks of games due to injuries and if that doesn’t happen, he could still be in line for DNP-rest as the season winds down in an effort to preserve him in the playoffs. If that happens, Butler could be the best fantasy asset this side of Stephen Curry!

In six games without Rose, Butler has averaged 34.3 points, 1.7 3s, 6.2 rebounds, 5.0 assists and 1.8 steals– all significantly up from his season averages. If you can target Butler with a sweet deal, you can reap the benefits later. In the East, LeBron James is the best SF in reality, but in fantasy, he is supplanted by PG13 but not by a mile. James still has time to gain ground, but as of this writing, “The King” trails by a slim margin to George, who edges him in FT%, 3PM, rebounds, and steals. Millsap’s counterparts in this position are not true power forwards but small forwards like Carmelo Anthony, James and George who is fantasy-eligibile for the slot. However, when it comes to dyed-in-the-wool 4-men, Millsap is head and shoulders above conventional power forwards like Pau Gasol and Chris Bosh.

Again, as far as true centers in fantasy go, Whiteside is almost peerless in the East. Andre Drummond is the nearest and probably better overall than Whiteside, but his atrocious 35.8% free throw shooting on 7.8 attempts hurts his overall value that he recently dropped to 89th in the ESPN Player Rater, ranked below guys like Omri Casspi, Gorgui Dieng, and Kentavious Caldwell-Pope. You really think a four-time MVP and arguably the best player on this planet will be left out in this fantasy All-Star thing? John Wall may have a better statistical season but James can probably be a 30-10-5 guy if he wants to. His season averages are not so bad: 25.0 points, 7.1 rebounds, 6.2 assists, 1.4 steals, and 0.7 blocks. Outside shooting remains a relative weakness but since that much-publicized statistic about James being the worst jump shooter in the NBA this season, his three-point shooting has improved significantly in 11 January games (42.8 percent in 2016, 18-of-42).