A new NBA season will tip off October 27th which means it’s Daily Fantasy Basketball time all over again. Tuesday will only feature three games, but since it has been nearly six months since we played–what the hell– we all need to dig in!

With only three games on schedule, it’s tempting to draft the usual fantasy suspects but while there’s nothing wrong with the conventional wisdom, you can expect 90% of other players drafting the Steph Curry on opening night. Why not veer off the course a little and go with Reggie Jackson, a full $1,700 cheaper with similar explosive potential?

Jackson is the unquestioned starter in Motor City and in six preseason games, the cat-quick guard is good for 15.2 points, 7.2 assists, 4.0 rebounds, 1.3 3PM with a combined 1.3 steals + blocks. Granted, Jackson’s shot selection is always suspect (only 40% shooting in preseason) but that doesn’t matter in DFS, remember?

If you’re still watching basketball through the summer, then this choice is a no-brainer. Gasol is unquestionably still one of the game’s elite and his multi-category production with emphasis on blocks, rebounds, and assists makes him a valuable commodity in daily fantasy or any other format, for that matter.

Again, you may be tempted to tap Anthony Davis‘ services for the position but the Spanish big man is a full $2,400 cheaper than the New Orleans star. 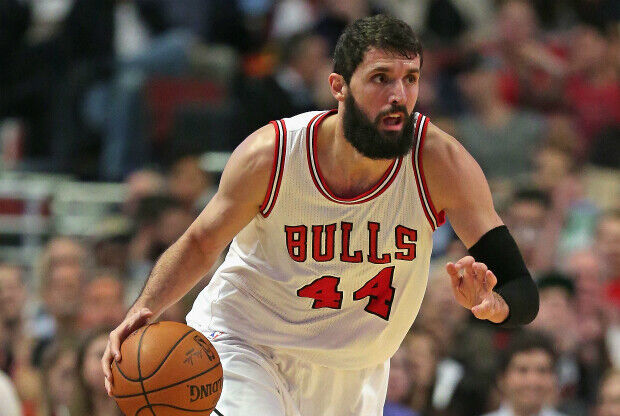 Fred Hoiberg‘s arrival in Windy City has made so many fantasyheads excited and one of his adjustments coming in is starting Mirotic in place of Joakim Noah. Of course, nothing is official yet, but sources say he’s strongly leaning toward a Gasol/Mirotic pairing because of the Montenegran’s long-range capabilities.

If that comes to fruition, expect something along the lines of 18 points, 9 rebounds, over one steal, over one block, with a couple of threes per game. Not bad.

It’s easy to forget how good the Atlanta Hawks offense is last season and Kyle Korver is as important as any Hawk on that end. The 6-6 sharpshooter wasn’t given a hard go in the preseason but last season’s 25-point DFS average is still very attainable.

The Pistons small forwards are having quite a positional battle but sources say Marcus Morris got the starting nod for now. Either way, these bruising forwards are all capable of producing numbers especially Johnson, who just poured 20 points in 28 minutes Friday, with four rebounds, two assists, and three steals.

At that pay scale, flip a coin and call it for either guys.

Brooks will handle the majority of point guard minutes early with Derrick Rose still in recovery. Word is, Rose will be available come Tuesday but best case scenario is, he will play no less than 15 minutes. The diminutive guard wouldn’t be a bad choice, though, as evidenced by a strong 22-point, 6-assist, 5-rebound, and 4-3-pointer performance against the Pacers five days ago.