Player injuries are a part of NBA life, so every time a teammate goes down and your number is called, being ready is the least and the most you can do. That’s how it is in reality but in fantasy, that also means it’s time to scour the waiver wire for some potential short-term solutions to roster problems.

Here are some 5 players who benefit from injuries to their teammates: 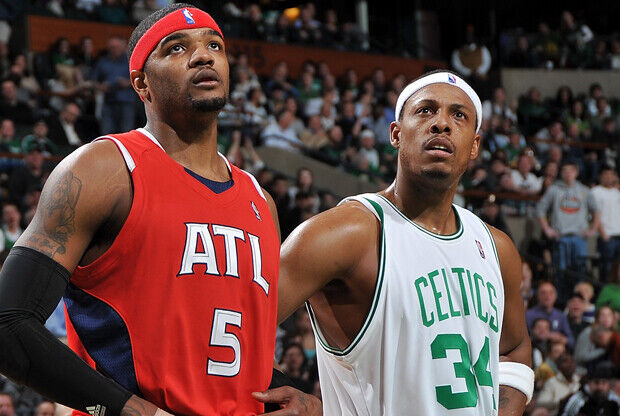 Blake Griffin went down with a quad injury in the 94-84 Christmas Day victory over the Lakers and will be out at least two weeks. It would look like BG could be back before we know it, but in the cutthroat world of fantasy basketball, it pays to be vigilant.

Depending on your needs, any of your expendable spots could be used to pick up Josh Smith or Paul Pierce. Smith is a very good option if you’re looking for blocks and steals, while Pierce is still a very good source of points, percentages, and three-pointers made if given ample playing time.

However, most of their value can only be felt in deep leagues so if you’re in a 10-12 team field, looking somewhere else for help might be the best way to go.

Eric Bledsoe is officially out of the season due to a torn meniscus which deals a fatal blow to the Phoenix Suns’ playoff hopes. Even when Bledsoe was healthy, they have been on a terrible slide, losing 17 games in the last 22.

One way to salvage an otherwise lost season? Focus on player development.

The Suns can now play rookie guard Devin Booker for longer stretches which increases the former Kentucky Wildcat’s fantasy value. His calling card is his dead-eye 3-pt shooting (which is at over 57% for the season) so if you need help in that category, there are very few better and cheaper option than Booker. He has played 19 and 29 minutes, respectively, the past two games so take it as a sign of good things to come.

Joakim Noah is out with a shoulder sprain and no clear timetable is set for his return. But in his absence, Taj Gibson is filling in admirable, especially in the rebounding department.

Gibson has played at least 32 minutes in the past four games, averaging almost 10 points, 10 boards and a block. The former USC Trojan has scored in double figures in only four times in 25 games before that, so seeing him get to the column three times of the last four is an encouraging sign.

Jusuf Nurkic is out and so are starting forwards Wilson Chandler and Danilo Gallinari for the Denver Nuggets. That leaves a whole lot of development for all the Nuggets players, like say, Will Barton, and yes, Nikola Jokic.

The Serbian big man is averaging 13.4 points and 7.2 rebounds in just over 23 minutes but the most underrated part of his game is his passing. Jokic is dropping three dimes a night for the past seven days and that includes two five-assist outings against the Lakers and Spurs. And all that from the center position.

Biyombo is a defensive specialist so anything he gets on O is a bonus. But even without the 6.3 points per game for the past two weeks, 14.5 rebounds and 2.5 blocks should be enough for anyone to cover ground in both categories! Bad news for Biyombo owners is, Jonas Valanciunas has just returned against Chicago, playing almost 21 minutes to 18. Even then, Biyombo outrebounded Valanciunas 9-4.