John Salmons was the worst offender (9 times), followed by Aaron Afflalo (7), Josh Howard (6) and 8 players tied with 5 times. He even got Kobe twice, as well.

The Magic have clinched their first playoff berth in SEVEN seasons. The biggest reason how they did it? DEFENSE. Over the past 26 games, Orlando has gone 18-8 and tied with the Jazz for the league’s best defense, according to NBA Stats. They are also No. 10 in Offensive Rating and third in Net Rating during that span. 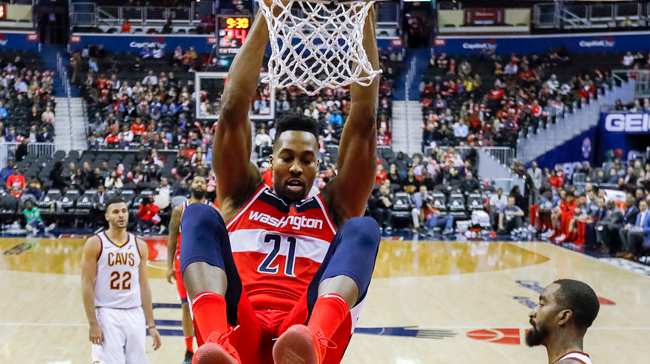 Meanwhile, the Cavs have become one of the worst teams in the league. How did they do it? By playing historically BAD DEFENSE. How bad exactly? They could prevent their next two opponents from scoring and still finish with the worst defensive rating in NBA history. Currently, their Def Rtg is 116.5 (via NBA Stats).

… Myles Turner is on pace to out-block them. MT currently has 199 blocks and the whole Cavs team currently sits at 193.

What does the two have in common? They are the only players who have accumulated at least 2,700 points, 500 rebounds, and 500 assists in a season.