1. All about the technicals:

Want something better? What about Mike Conley‘s 699 games and 0 (ZERO!) techs?

DeMarcus Cousins played in 483 games and has 111 technical fouls called his way. Felt like it was way more than that. 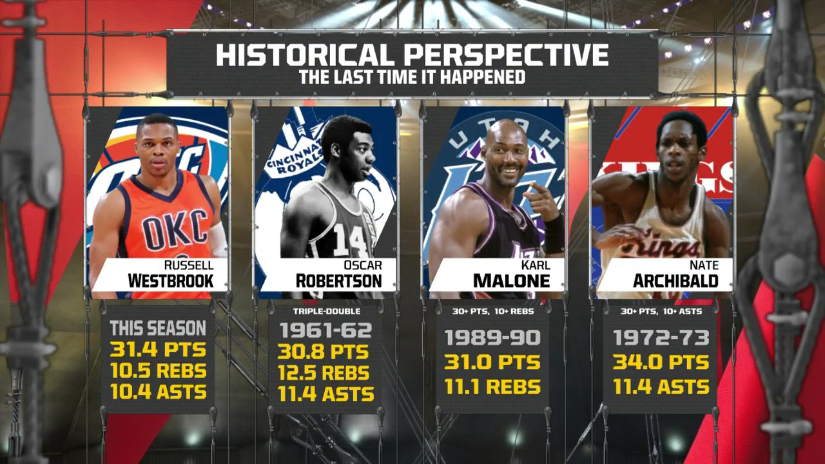 He is currently on pace to shatter his own record (374 TOs last season) by 100 turnovers. He currently had 428.

5. Another “Russell Westbrook is making history” thingy: 57 points, 13 rebounds, and 11 assists. That’s the most scored by anyone who had a triple-double.