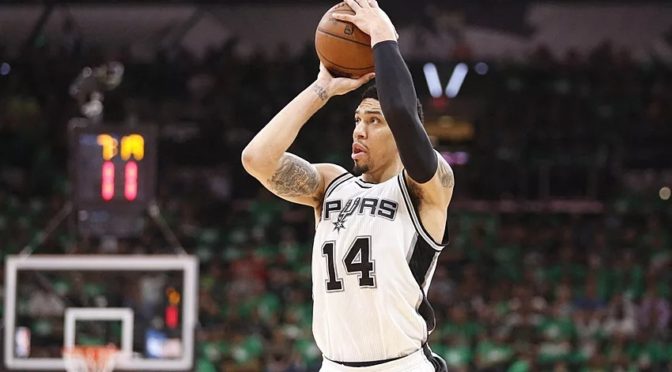 Morris is the only legitimate power forward on this Celtics roster and there will be nights where he will get his minutes and roll. He is averaging 14.2 points and 7.2 rebounds a game and while the other stats leaves a lot to be desired (0.8 assists and 0.5 steals + blocks), he already has 13 treys made over the last 7 games.

That said, Morris is much more valuable in points leagues than in Roto and category leagues. If you’re playing Rotiserrie or H2H 8-9-cat and in need of points, rebounds, and treys, Marcus is a really solid option in the wire.

If you need defensive stats, look no further than Danny Green. He is currently snagging 2.2 “stocks” and averaging a not so shabby 11.2 points and 5.2 rebounds as well. Another underrated stat of DG is that he is making 3 rainbow shots a night. While I don’t think that’s sustainable, I still expect him to drain around 2 treys per outing on good percentages for the rest of the way.

Dotson is a 3-and-D guy like Danny Green and appears to be what the doctor ordered if you need some scoring punch and treys. He is averaging 14 points and 6.8 rebounds with around a steal and over 2 treys a game.

Collins is still not in the same breath as Brook Lopez and other three-point shooting bigs but he is well on his way. He played over 20 minutes in the last two games, averaging 15.7 points, 3.5 rebounds, 1.5 assists, 1.5 blocks, and 1 trey during that span. He offers mid-round value despite his limited playing time.

Forbes is a point guard by name for the Spurs but with DeMar DeRozan handling the playmaking duties, he is becoming a kick out option extraordinaire. He is averaging 15 points with 2 rebounds, 2 assists, and a steal, but his value lies on being a deep threat. He is currently knocking down 2.6 treys a game on a 46.4% clip.