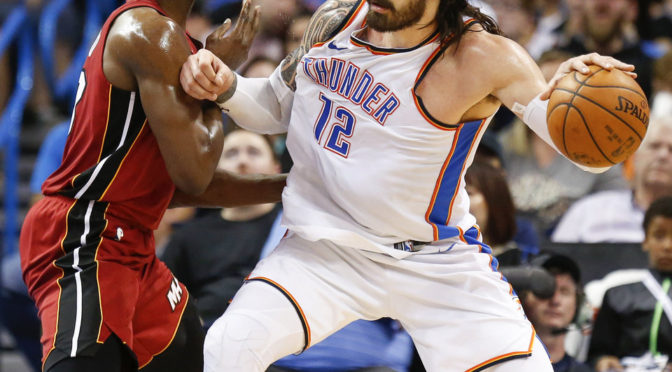 You may forgotten all about RoCo because hwas down to 35 games last season but now that he’s healthy and ready to go, I believe he’ll be one the best fantasy players around.

I mean, how can you not love what we saw in the preaseason? The guy is practically everywhere and in addition to his great defensive stats (2.0 steals and 2.4 blocks per 36 minutes), he was also able to score 14 points, grab under 17 rebounds, and register three dimes per 36 minutes.

As the Heat’s unquestioned starting center, the more underrated part of Bam’s game is his outstanding passing, which is at 4 assists per 36 minutes in the preseason. He is a threat to snag double-doubles and possibly 2.5 steals + blocks.

I’m not going to pick big names since you have plenty to choose from in an 11-game day, so I’m going to pick a somewhat obscure choice: Malcolm Brogdon.

Nothing fancy, nothing flashy. The guy just gets the job done. If the preseason is is any indication, expect another solid one from Brogdon. He is good for 13.6 points, 4.8 rebounds, and 8.8 assists per 36 minutes in the exhibition stage.

At least, not yet. Aquaman is going up against the Stifle Tower so that puts a lot of cap to his potential. I’ll wait for another game before I’ll slot Steven Adams in.

The Nets’ first game is against Minnesota and that guy Robert Covington is such a pest in the perimeter that I don’t think I can pencil in any Nets guard as of the moment.

This is an indication of how I’m not feeling Kemba’s fantasy situation over there in Boston. Until I have a good understanding of how Walker gets his 40 FP per night in a Celtics uniform, I’m staying far away from him.