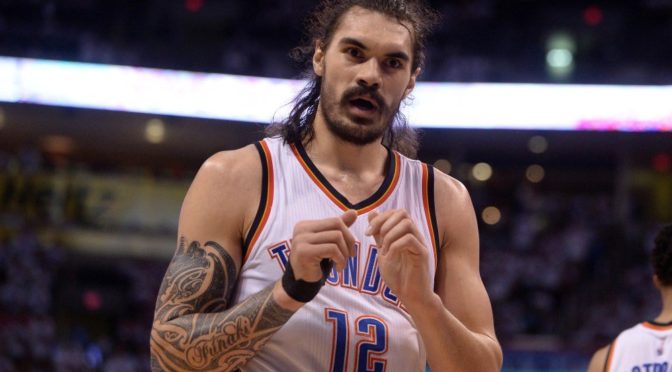 Both James Harden and LeBron James are in action today, highlighting 8 total games on the schedule. Both are must haves in your daily lineup. So, of course, you will need to carefully choose some value picks to counteract the big salary blow these two stars will cost you. Here are my top 3 picks (other than James Harden and LeBron James) for tonight’s matchups. The prices and fantasy points referred to are DraftKings and FanDuel numbers.

Josh Jackson vs. Lakers
Josh Jackson will run you $5900 on both main platforms. Jackson has been on fire lately, scoring at least 20 or more points in the last four games. On Sunday he had a breakout career performance, including 23 points and 5 boards. The Suns and the Lakers are both top 5 in pace of play, so expect a high score, and thus, high numbers from Josh Jackson and company.

Steven Adams vs. Warriors
Steven Adams will cost you about $7000 depending on the site you are using today in his matchup against the fearsome Warriors. Steven Adams is one of my favorite steady hands. He is averaging more than 35 minutes per game, and as of late he’s been easy money, averaging a double double in the last 5 games. The Warriors defense is less than scary against centers, and the pace should be high. All things point toward a solid night by the big man.

Mario Hezonja vs. Cavaliers
This is sneak pick for the day. Hezonja will run you $5000 or under on sites, but he has the chance to go off against the Cavaliers tonight. With Aaron Gordan and Nikola Vecevic injured, Hezonja has been blessed with lots of minutes. He hasn’t disappointed. He torched the Cavs last time, going for over 30 fantasy points in January. This is without a doubt the value pick of the night for me, and if he gives a big game, it will be a huge hit for the price he’s listed at.