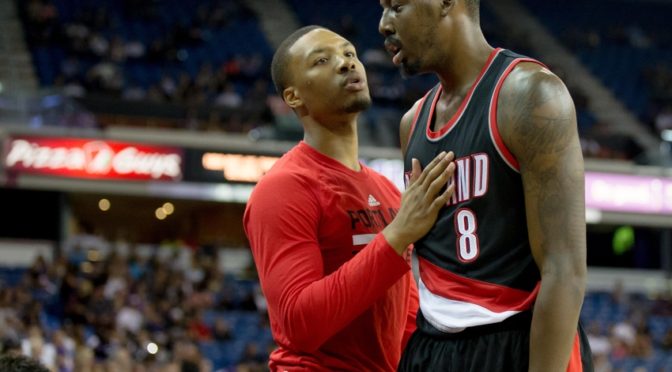 Dame has been a usage monster since Jusuf Nurkic went down and he has not disappointed DFS owners. He has hit at least 40.7 fantasy points in the past seven games with a high of 55.3 FP. Almost the entire offensive load will practically be on his shoulders, so expect Lillard to be at the 28-point, 6-rebound, 7.5-assist and over 4 trey-a-game average he’s had in the past four games.

After dropping 57.4 fantasy points last night in a win against Philly, Rondo will surely be on everyone’s fantasy radar. He will have a fairly difficult matchup against CP3 on the second night of a back-to-back, so don’t expect him to drop one of those crazy lines. However, if it’s any indication, his lowest output in the last 5 games was 26.7 FP versus Denver, so if he’s in that vicinity, he’ll make many owners happy.

Since Conley’s injury, Evans has averaged 18.4 points, 5.2 rebounds, and 5.0 assists. That hasn’t resulted in many W’s but Evans lights-out play makes him a must-add in DFS in my opinion. His 5-game low was a 21.7-FP stinker at New York but has also recorded two 50+ FP games during that span.

Holiday’s ceiling is not as high as when Anthony Davis was on the shelf, but he is still capable of providing numbers beyond scoring. His lowest output in the last 5 games was 26.5 points while dropping 50+ in a win against Philly and 47 FP in a loss to the Warriors. Jrue will undoubtedly be very busy switching on Houston’s Harden and CP3 so that means he will still have a lot of playing time while the Rockets’ fast-paced offense could boost more possessions and more points for the Pels.

George has missed the last two games but expects to be back in the game versus Charlotte. Rust could be a factor but with the other top small forward being Kevin Durant (costing 4,000 dollars more), PG13 is that other elite fantasy option you should have.

Nwaba has been outplaying Denzel Valentine the last two games and his activity earned him the praise of Fred Hoiberg. He has topped 30 fantasy points in the past two which is seven times the value at his salary.

Again, with Nurkic out, Aminu is the only 30-minute guy in the Blazers frontcourt. He is also a favorable matchup against the small-balling Warriors and has his stats trending upward the past two games.

Speaking of trending upwards, Ibaka has quietly turned himself into a mid-round guy in December. He has now hit at least 28.6 FP in the past four games and going up against an old rival in the Clippers may summon the old Serge once more.

The Chicago-Boston tiff may not be as attractive fantasy-wise as GSW-Portland, but Lopez could have a favorable matchup against a small-ish Boston frontcourt. He has reached at least 24 FP in the seven of his last eight.

P.S. All salaries and stats are from FanDuel.