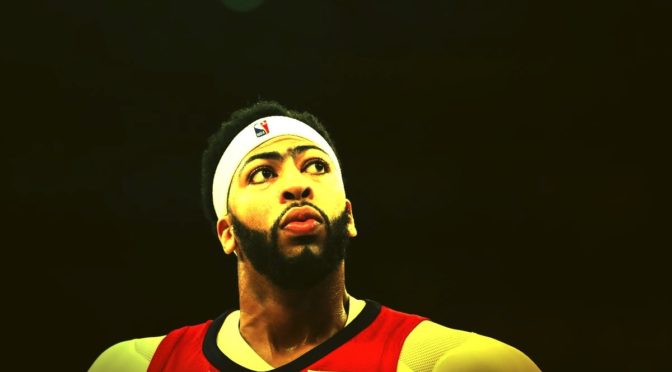 Here are 4 takeaways from the opening games of the season and 4 picks for tonight on DraftKings.

Bamba looked very good in his NBA debut, he finished with 13 points, 7 assists and 2 blocks in 25 minutes. Vucevic had pretty much the same stat line, 14 and 8 in 28 minutes. The Magic were a -17 with Vucevic in the game and +13 when Bamba was playing. It only took 1 game to see he is clearly the future at Center for the Magic, but right now you can still pick him up for a laughable $4,700. Vucevic is $7,500, by drafting Bamba it frees almost $3000 in salary and you’re going to get around the same minutes.

The Pelicans embarrassing the Rockets at home 132-112 has been the biggest surprise of the early season. AD had New Orleans up from the tip and finished with an insane stat line, 36 points/16 rebounds/8 assists/3 blocks and 3 steals. AD has the ability to do this every single game, he can realistically lead the league in scoring, rebounding and blocks. I picked Giannis as my MVP at the beginning of the season and I am not jumping off the Freak bandwagon after 1 game, but Davis looks unstoppable.

The salary saved with Mamba will be used on AD, who will cost you $11,600. AD at home against Sacramento is a must play. AD in any game is a must play in the foreseeable future, it looks like he is going to have a special season.

Boston and Toronto had great starts to their seasons. The Celtics beat the Sixers on opening night and Kawhi Leonard had 24 points and 12 rebounds in his Raptors debut, Toronto beat the Cavs 116-104. Boston showed they have incredible depth, Marcus Morris had 16 and 10 and Rozier added 11 points and 8 rebounds. Toronto’s post DeRozan era started with Kawhi playing 37 minutes and looking like vintage Kawhi.

Heading into the season I thought the ECF would be Toronto and Boston and nothing as changed my mind in this EXTREMELY small sample size. Philly’s bench is going to be a problem until Chandler and Muscala return and Brett Brown already said they would be out “for a while”. The Pacers didn’t make to many changes in the off season, Myles Turner and Sabonis look like they have put time in the gym over the summer and Oladipo will be settling into his second season of being the #1 guy in Indiana. Tyreke was a nice acquisition, hopefully he can have a Lou Williams type season off the bench for them, but I don’t see Indiana matching up well against the 9 man rotation Boston and Toronto can confidently roll out. The Bucks may have the best shot to surprise the top two teams in the East. Budenholzer won coach of the year with the Hawks in 2014-15, winning 60 games and finishing 1st in the East. Giannis is a top 5 player in the league, Bledsoe is an above average NBA guard, Middleton is a great two way player and Brook Lopez is an upgrade at Center. If coach Bud can work his magic and Giannis has an MVP year, the Bucks may challenge the Celtics and the Raptors in the East.

The Boston/Toronto game tonight has another good value pick. Terry Rozier is only $4,400 and he will definitely be in my lineup. Kyrie had a rough opening game, 7 points and 7 assist in 29 minutes, he looked a little rusty in his first game back from his knee injury. Rozier came off the bench and had 11 points and 8 boards. This seems like a no brainer to me at the price point and the potential for big minutes.

Paul Geroge and the Thunder.

With Westbrook out to start the season and Roberson rehabbing for at least another two months, Paul George needs to lead OKC in this ultra competitive Western Conference. OKC lost by 8 on opening night to the Warriors, George dropped 27 and 5 assists and 4 steals. I like this Thunder team. Nerlens Noel was a great pick up in the off season, Schroder can hold the fort at PG and Adams is a walking double-double. This is a good team, a playoff team, at the moment, when you add Russ and Roberson, they are the 3rd best team in the West.

OKC is in LA to night to take on the Clippers. I think George is priced right at $8,700,

If you were to draft these 4 players, you would be left with $5,150 in salary to round out your roster. It is a nine game slate tonight, there are other good value picks that will free up some  salary for your utility player.