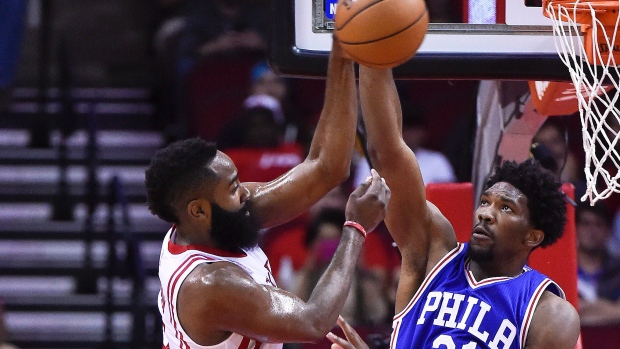 You'll see a recurring theme in today's stats and it's Joel Embiid. 1. Danny LeRoux called it the most surreal stat of the morning and we couldn't agree more. Surreal stat of the morning: David Lee is ahead of Draymond Green in DefRtg so far this season (100.1 vs 100.4) — Danny Leroux (@DannyLeroux) January 19, 2017 2. James Harden is defying logic. James Harden is avg 13.1 assists on 2nd night of back-to-backs, nearly 4 more than the next-closest (Chris Paul, 9.4) Bucks-Rockets, ESPN — END_OF_DOCUMENT_TOKEN_TO_BE_REPLACED

After Paul Millsap, Anthony Davis, Blake Griffin and Kristaps Porzingis (not to mention players with multiple eligibility like LeBron James, Kevin Durant, and Draymond Green), who's next? Here's your guide to finding underrated fantasy options at power forward: Seen Better Days? Pau Gasol, San Antonio Spurs Gasol may not be the efficient offensive machine he once was but he is still a solid power forward with multi-category contribution potential. Playing at a shade under 32 minutes last END_OF_DOCUMENT_TOKEN_TO_BE_REPLACED

We could not always get what we want, that's a given, but sometimes expectations do hurt. These 5 guys probably did not do your fantasy feelings any favor. Here are this mid-season's fantasy basketball disappointments: Danny Green, SG, San Antonio Spurs Players do play extra hard on contract years and one they sign contracts, that's another story. Sometimes. Such as the case with Green, who was one of the NBA's top shooters and feared perimeter defenders as far back as 2015. All his numbers END_OF_DOCUMENT_TOKEN_TO_BE_REPLACED

Overview: Probably one of the biggest surprises last season was the Boston Celtics making it all the way to the post-season after a sputter-y start. The Celts were a miserable 16-29 through January but made it up with a 24-13 finish, good for a 7th seed in the Eastern Conference. The midseason trade that involved Isaiah Thomas was the undeniable catalyst, creating a menacing backcourt that coach Brad Stevens like to unleash on the opposition. However, interior play was sorely lacking which END_OF_DOCUMENT_TOKEN_TO_BE_REPLACED