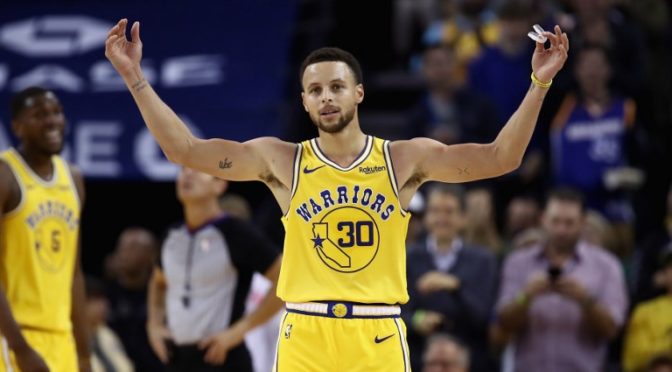 Steph Curry makes his return to the Warriors after being sidelined for 11 games with a groin injury. The Warriors went 5-6 in Curry’s absence and they have slide to 4th in the Western Conference. The Warriors have had some struggles this season. They suffered their first 4 game losing streak in the Steve Kerr era, Durant’s future was up in the air coming into the season and his problems with Draymond have only made the situation worse and they have had to deal with injuries early. Getting Curry back is a step in the right direction.

The Pistons have been a surprise this season. Dwane Casey, in his first year as Pistons head coach, has Detroit in 4th place in the East with a 12-7 record. They have won 4 in a row and are 8-2 in their last 10. Blake Griffin has been a huge part of the Pistons success this season.

I am taking Griffin tonight against a Golden State team that is getting their All NBA Point Guard back, but are still thin in the front court. Iguodala is getting the start at PF tonight, he is giving up a lot of size to Griffin, Blake can take him down in the post and take advantage of the size mismatch. Griffin is shooting 37% from 3 this year, he can play on the perimeter if Jones gets switched on him, he can take advantage of that mismatch as well.

I am taking Griffin is my other big price player tonight, his salary is $9,300.

The Nets had another 4th quarter collapse on Friday. Memphis won 131-125 in double overtime lead by Mike Conley, who had 37 points, and Jaren Jackson Jr. had the best game of his young career, finishing with 36 and 8. The Nets are on a 5 game losing streak heading into Washington Saturday night.

Allen has the body type of the modern Center but he plays like an old school big. Allen is 6’10, 238, but he has a very long frame, he seems like a Center that would step back and make a couple 3s a game. Embiid, Vucevic and Jokic are examples of bigger, slower Centers with more mass, that attempt multiple 3s a game. Brook Lopez knocked down eight 3s earlier this season! Jarrett is shooting 13% from 3 this season, only attempting 0.7 3s a game. Allen knows his roll on this team.

Allen is on the low end of his average salary, he is $5,400 against Washington tonight. He is averaging 12.6 points and 8.6 rebounds while adding 1.5 blocks on the defensive end. Allen is  a good value pick.

Bjelica is the cheapest player I am taking tonight, his salary is $3,700 against the Pacers. He is getting the start tonight, Bagley III is questionable (back) against Indiana. You don’t see players averaging 25 FPG with such a low salary, he hasn’t been in a huge slump or anything. Foul trouble limited his minutes last game and Bagley has been getting the bulk of the minutes at PF lately. His average shows that he gets his points when he gets minutes.