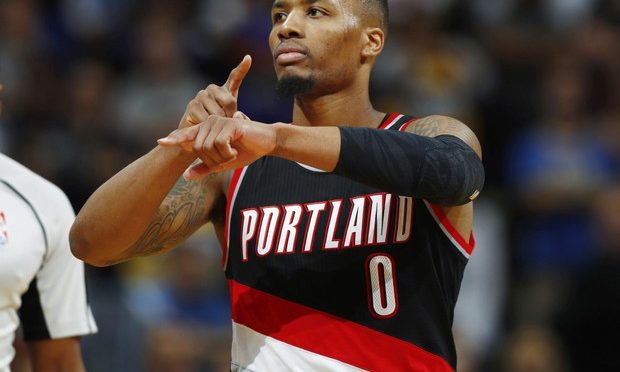 I fell into some foul trouble with Cunningham and Matthews had an off night, that cost me the Quints and GPPs. I was able to cash a couple of 50/50s, I hope you used the 4 pick I gave out and had better luck filling in the rest of your lineup. 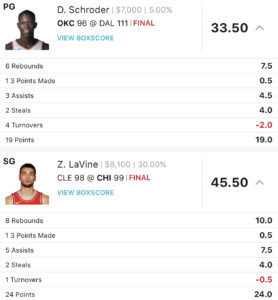 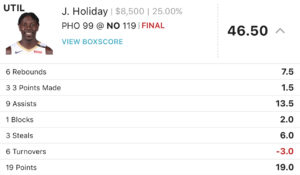 Clint Capela is a double double machine this season. He has 8 double doubles in the 10 games he has played. He could be putting up Embiid like numbers if he could hit his free throw. He is only shooting 54% from the line, he leaves a lot of points at the charity stripe. Embiid foul hunts because he is able to convert on the free throws, he is getting 20 attempts a game lately, those are literally free points. Capela needs to get better at the line and he could get his average up to 20 PPG. Add close to 2 blocks a game, Capela is a steal at $6,400.

Gordon has been hot lately, he has scored well over his average in the past 4 games. His price is where is should be, $7,700, and I like his match up against Vonleh. Gordon will take a shot from anywhere, he will drive to the hoop to draw a foul or he will step back and launch a 3. I have been burned with drafting Vonleh and him picking up 3 quick fouls. Gordon can create some chances at the line but he is alway shooting 38% from 3 this year, shooting almost 5 a game. Gordon is active on defense, he gets blocks and the occasional steal, he also grabs 8 rebounds a game. Gordon is a lock for me tonight.

DraftKings has Kryrie under valued quite a lot today, they have him listed at $7,600 against the TrailBlazers.

You can see the pattern reflected in his salary, up after a good game, down after a bad. Looking at the trend I thought the salary would be around $8,400, but Draftkings went the other way and listed him at $7,600.

Like Kyrie, Lillard is under valued for tonights game. He is $800 less than the last game, you can pick him up for $8,300. Dame is averaging 26.6 points and 5.3 assists this season and this is the lowest price he has been listed at all season. Getting Kyrie and Lillard at a discount will help free up some salary for the rest of your lineup.