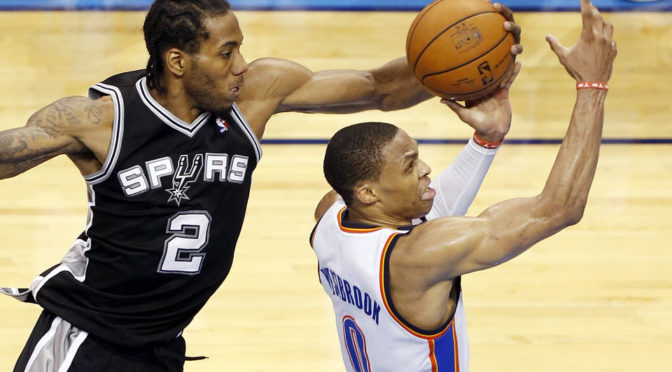 It’s Russell Westbrook’s last game for the 2016-17 season so this will be a tribute of some sorts to the future MVP.

1. That’s why you don’t take Beastbrook out of the game…

Russell Westbrook was off the floor for 6 minutes in Game 5.

In those 6 minutes, the Rockets outscored the Thunder 27-9. pic.twitter.com/AicL24JgEd

2. … although he had his share of struggles in Game 4.

From our @MicahAdams13: When guarded by Beverley, Westbrook shot 7-of-27 with 5 TOs

3. The number of three-point shots he took did not help.

Russell Westbrook & Klay Thompson only 2 in NBA playoff history to take 18 threes in a non-OT game.
Russ made 5.
Klay made 11 here ? pic.twitter.com/ragRlykCjd

Photo by Nate Billings, The Oklahoman